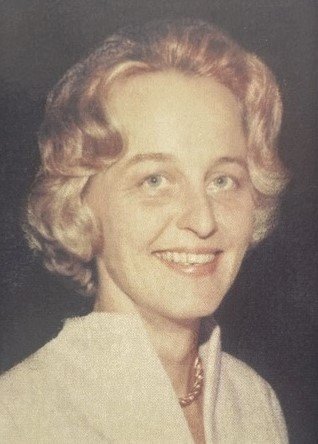 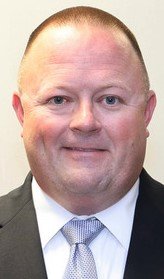 Brian Langston, corporate director for patient logistics and critical care transport at Cape Fear Valley Health System, was honored with the 2022 Healthier Communities Award by the North Carolina Healthcare Association for his work at the height of the COVID-19 pandemic.
Contributed photo 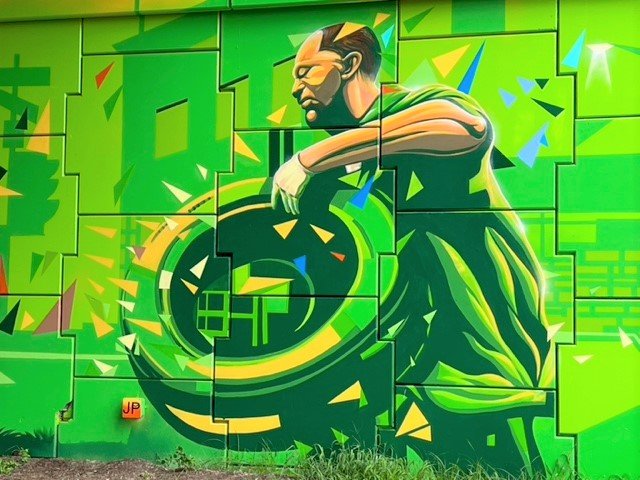 ‘We Are Fayetteville: Legacy and Future’ is the work of muralist Jermaine ‘J.P.’ Powell at the intersection of Interstate 295 and North Ramsey Street.
Arts Council of Fayetteville-Cumberland County contributed photo
By Bill Kirby Jr. | Columnist

Virginia Lilly Yarborough was a newspaper heiress who quietly gave back to her community.

“We are humbled by this wonderful endowment gift to support daily assistance for the homeless of our community,” says Craig Morrison, executive director of Fayetteville Area Operation Inasmuch, about the Virginia Lilly Rankin Yarborough Endowment for his organization.

The grant will be administered by the Cumberland Community Foundation.

“It will be our honor to remember Mrs. Yarborough and her generosity through the life-giving programs she will support every year.”

Mrs. Yarborough was an early board member of the foundation.

“I will say that the new endowment for Inasmuch was ‘big’ by CCF standards,” says Mary Holmes, president and chief executive officer for the foundation. “I hope it is the beginning of a trend for donors to endow their support for Operation Inasmuch. They need about $2 million more in endowment to support their annual programming and all the case management they are doing to transition homeless people into housing and jobs.”

Mrs. Yarborough was the daughter of the late Richard M. Lilly, former president of Fayetteville Publishing Co., and the late Ashton W. Lilly, the company’s former chairwoman of the board. Mrs. Yarborough died at age 86 on Dec. 5, 2021.

Tiffany Neal is off to a strong start as director of the Fayetteville Area System of Transit as the city has received a $280,500 grant from the Federal Transit Administration. The funding will help FAST replace gasoline-powered light-transit vehicles toward the purchase of three propane-powered light vehicles. “This grant will help us replace aging vehicles, save on maintenance costs and hopefully improve air quality,” Neal says in a news release. “All of our FASTTrac vehicles are FTA-funded. Thanks to our local, state and federal representatives who advocate for America’s ‘can-do city’ as we aim to eventually transition to an entire low- to no-emission fleet.”

A 47-year-old woman found stabbed to death after an apparent domestic dispute on Aug. 22 in the 1900 block of Shiloh Court is the 33rd homicide victim in the city this year, according to the Fayetteville Police Department. Less than 48 hours later, according to police, a 35-year-old man became the 34th homicide victim from multiple gunshot wounds in the 5000 block of Murchison Road.
• •  •

“Bill, I just read your article in CityView TODAY and want to be sure it is clear that her film will most definitely not be screened during IMFF 2022,” Pat Wright says about my Aug. 21 column about Tanesha Hendley, who is producing a video documentary on downtown protesters who damaged the Market House on May 30, 2022. “I feel like the article did not make that clear.” Hendley had hoped to complete her work in time for its presentation at the seventh annual Indigo Moon Film Fest, scheduled for Oct. 7-9 downtown. Her work missed the deadline for consideration. It will not be shown at the festival this year.

“Hi, Bill, just read your excellent column on the Seventy-First High School Class of 1962 reunion,” Chris Disney writes in an email about CityView TODAY’s recent coverage of the 60th class reunion. “Thanks so much for telling the incredible story of an amazing group of people.” Disney was the student government association president.

Muralist Jermaine “J.P.” Powell has completed his murals called “We Are Fayetteville: Legacy and Future” at the intersection of Interstate 295 and North Ramsey Street as part of Fayetteville’s Corridor Revitalization Project. “The images created by Powell capture the rich sense of community so evident in the lives of the residents on the north side,” says Bob Pinson, interim president of the Arts Council of Fayetteville-Cumberland County, in a news release. "We hope to use public art in many forms throughout our community to continue to provide opportunities for conversation and learn from one another. Together, we can move into a brighter future for all.” Fayetteville's Northside community mural project was a partnership among the Arts Council, Fayetteville-Cumberland Parks & Recreation, the city of Fayetteville, Cumberland County government, and the N.C. Department of Transportation. It was supported by a grant from the National Endowment for the Arts.

Brian Langston, corporate director for patient logistics and critical care transport at Cape Fear Valley Health System, recently was honored with the 2022 Healthier Communities Award by the North Carolina Healthcare Association for his work at the height of the COVID-19 pandemic. Langston was among 11 statewide honorees who worked to ensure that critically ill COVID-19 patients were transferred for additional clinical care. “It was my privilege to represent the commitment of Cape Fear Valley to our communities and the state,” Langston says in a news release. Brian Pearce, vice president of emergency management and engineering for the health system, praised Langston for his work. “During the pandemic, he stepped up to help not only the patients in our region but all the patients in North Carolina as a member of this team,” Pearce said.