Bill Kirby Jr.: Todd Lecka considered himself ‘the most blessed man in the world’ 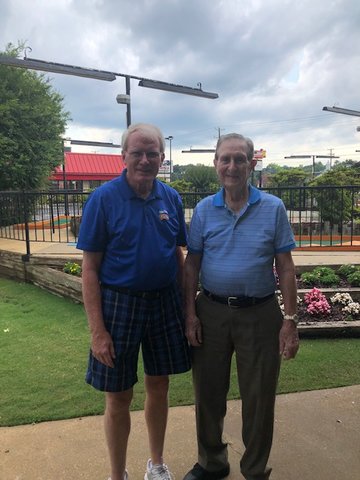 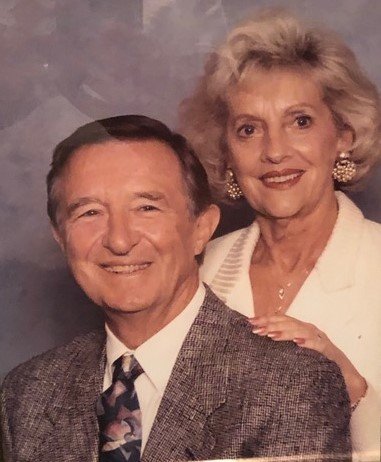 Todd and June Lecka came to Fayetteville in the 1950s.
By Bill Kirby Jr. | Columnist

You never had to ask Todd Lecka about his life.

Or wonder if there were regrets along the way.

“I have lived a good life,’’ Lecka always would say of his days that took him from the mountains, rolling hills and valleys of Johnson City, Tennessee, to Fayetteville and now back to his beloved summer retreat in Newland and Avery County.

He loved the majesty of the picturesque landscape just west of the Blue Ridge Mountains.

Charles Todd Lecka was born on Dec. 8, 1926, in Johnson City to Charles Michael Lecka, a first-generation immigrant from Albania, and Eula Vance Lecka. His father was a businessman. His mother, known as Sunshine, was a woman of devout Christian faith and “vigilant that every person in those hills would know Jesus,” niece Donna Clayton Lloyd says. “His parents were a huge influence on his life.”

He would serve in World War II, return home and fall in love with the cute and vivacious Johnson City girl with the effervescent personality, who would become the love of his life for their 64 years of marriage and beyond.

Todd and June Lecka came to this city in the 1950s, where Todd Lecka joined his brother-in-law in the Putt-Putt Golf Courses of America franchise system that the late Don Clayton began on June 21, 1954. Todd Lecka served as the national franchise director and the company president. He later owned franchise courses of his own in cities that included Memphis, Tennessee; Buffalo, New York; Lynchburg, Virginia; Hamilton, Ohio; Virginia Beach, Virginia; Greensboro, High Point, Concord and his flagship operation in Richmond, Virginia.

Todd Lecka was an astute businessman.

He was honest and had uncompromising integrity.

Todd and June Lecka immersed themselves in this community, raising two sons, finding lifelong friendships and seldom missing a Sunday morning at Snyder Memorial Baptist Church along Westmont Drive, where Jesus Christ was at the core of their lives.

"Not the war, losing our baby daughter, trials in business and times when things got really rough, God brought me through,” Todd Lecka once said. “God has been good to me.”

You had to know Todd Lecka.

His were gentle and caring ways, and he was one of tender heart – forever true to himself and to his friends.

He enjoyed 18 holes with a foursome of friends, chipping golf balls to the sixth tee behind his home or taking in nine holes with old friend Billy Wiggs. And he enjoyed a Sunday brunch with good conversation about your life, your hopes and dreams. Todd Lecka was like that. And how he loved selecting the Christmas trees each holiday season and delivering them to Fayetteville families and to his franchise managers to sell at their entertainment centers when the winter sales were slack.

“Aunt June decided Fayetteville folks needed beautiful Avery County Christmas trees,” Donna Clayton Lloyd says. “She got on the phone and offered to bring a freshly-cut tree right to the door, and many subscribed to the annual Lecka Christmas tree delivery. And it was Uncle Todd, into his 80s, who went to the mountains, hand-selected the trees, loaded them in a hauler and made the deliveries. He expanded tree sales to his Putt-Putt parking lot locations in Richmond, Virginia, and High Point to give his managers an opportunity to earn winter funds.”

Bible by the ottoman

Todd Lecka lived with a purpose, always aware that every day was a gift from his Lord and savior. His faith was unwavering and he would tell you so.

“One of my most poignant memories of visiting with Uncle Todd was a recent visit where he was sitting in his favorite easy chair,” Donna Clayton Lloyd says. “He couldn't move as securely due to weakness in his legs, so that was his daily perch. I asked him about how he was spending his time and he said he watched television a bit and read his Bible.

“Beside him, on the ottoman, was a thick Bible with gold gilded pages. I asked him if I could look at his Bible. Not sure why I asked, but I am so grateful I did.

“When I opened it, evidence of how he devoured God's word was overwhelming,” she says. “Not a few random passages underlined here and there, but nearly every word on every page had come alive for him. What a faithful steward of God’s word.”

We were the kids of summer of those days long ago along old Fort Bragg Road, where the first Putt-Putt Golf Course began, and later along Raeford Road, Bragg Boulevard and Owen Drive. Todd Lecka cheered us on whether we wanted to be a putting champion or an owner and manager to follow in his footsteps or those of Don Clayton.

“There are certain people you grow closer in this world,” Don Clayton once said, and we did to them and they to us.

We ascended to their putting mountain tops and held our trophies high for them to see with such delight and pride. Others became business managers of their own and realized entrepreneurial dreams.

“He was a great example of how to do things properly and how to treat people properly, and a man living his faith,” says Gary Hinshaw, 69, who went to work for Lecka in 1972 in Greensboro and has spent the past 50 years managing Lecka’s business in Richmond. “He gave you the opportunity to do the things you were capable of doing and knowing he supported you. He gave you the opportunity to grow.

“I learned so much from him. If he told you he was going to do something, he did it. The biggest thing he gave me was a platform to be successful. The one life lesson I learned from him was to always give thanks and to appreciate the blessings you have been given in your life. He was a mentor, a friend and a father to me.”

When my mother died on Dec. 17, 2009, Todd and June Lecka were among the first at my front door. They sat beside me on the front row pew for her funeral at Highland Presbyterian Church and shared in my grief.

When June Lecka died from a malignant brain tumor on a Thanksgiving morning in 2013, I spent three hours with Todd Lecka in his den as his sorted through cards and photographs of the wife he cherished and adored.

“She was the sunshine of my life,” he would say, “and I was the most blessed man on the face of the Earth.”

He missed her every day.

“Uncle Todd shared that before she left for Heaven she gave him his marching orders and it was to continue to live life to the fullest,” Donna Clayton Lloyd says. “And that he did.”

He will be buried Thursday beside his wife at the Newland Cemetery in Avery County.

“He loved and revered his wife in the same way he honored his God – faithfully and openly,” Donna Clayton Lloyd says. “And he was generous. He loved to share his money with needs of the church and of individual people he met along life's way. Todd Lecka received God's blessing and became a channel of God's blessing to others. He lived from the perspective of ‘To God be the glory.’”

Today, Todd Lecka is home in Avery County among the mountains he loved and not so far from the dairy farm and where life began.

Grieve not for me, he would have us know.

“I have lived a good life,” Todd Lecka would want us to remember. “I am the most blessed man in the world. I have lived the most wonderful life. And if I got to live it all over again, I wouldn’t change a single day. Not one day.”