‘Broncos near and far are counting on you,’ new FSU chancellor told 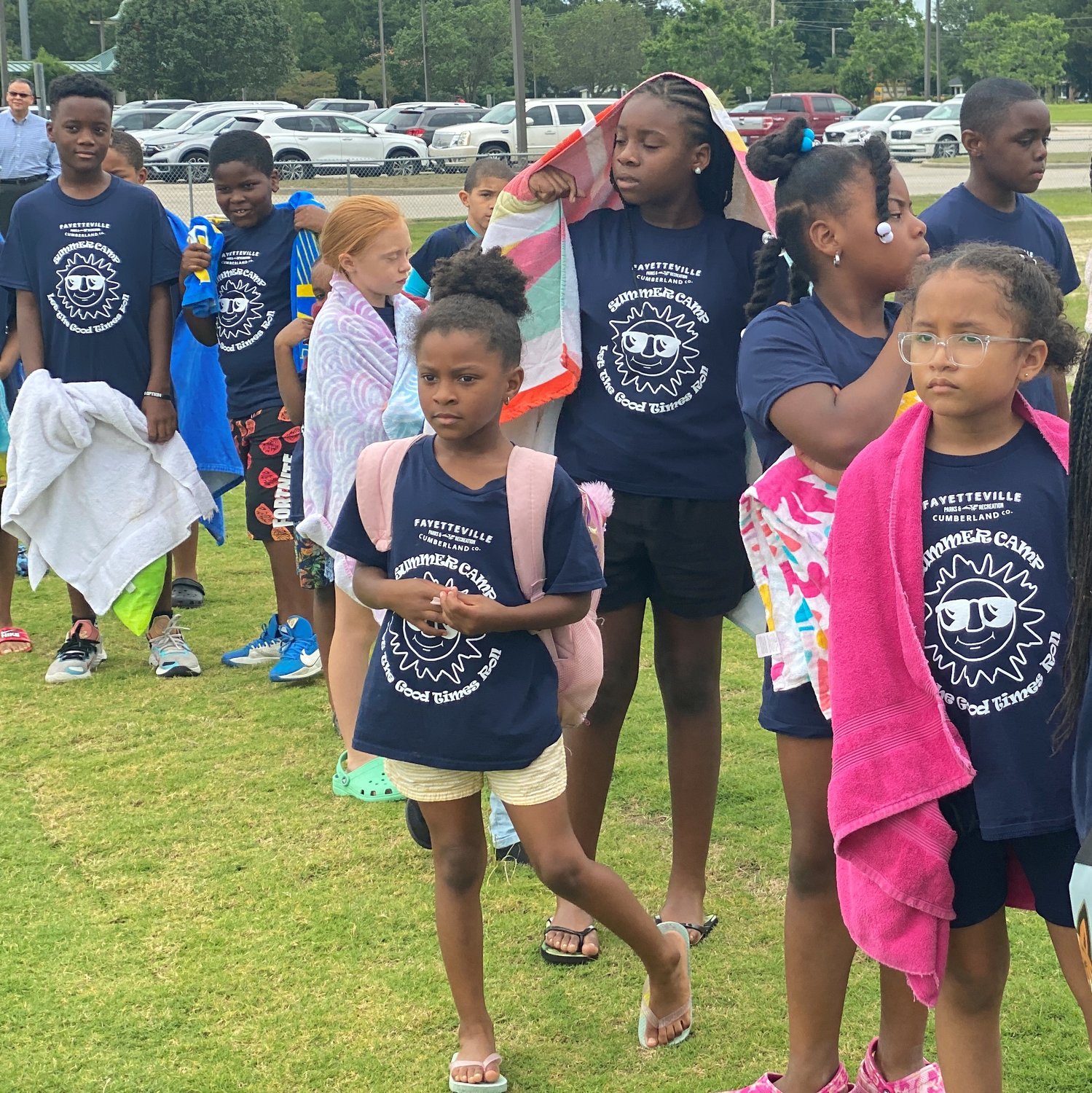 I felt for Fayetteville State, it was our time. Time for renewal and greater expectations. Time to quickly revive and resolve. It makes goals feel obtainable once again.”
Darrell Allison, chancellor of Fayetteville State University
By Michael Futch | Staff writer

After 19 months on the job, Darrell Allison was officially installed as the 12th chancellor in the long history of Fayetteville State University on Friday.

FSU is the second-oldest public university in North Carolina.

The two-hour ceremony, which was attended by roughly 2,500 people, was held at Felton J. Capel Arena on campus.

Allison, like a few others who came before him at the podium, spoke reverently of the seven leaders of Fayetteville’s African American community who in 1867 established the Howard School for the purpose of educating Black children.

The Howard School would evolve into Fayetteville State University and become part of the University of North Carolina System in 1972.

“This is a special day we’ll remember for many years to come,” said Peter Hans, president of the UNC System. “As a constituent member of the University of North Carolina System, Fayetteville State University has a deep, rich history.”

Hans presided over the ceremony.

“So today, I speak the names of David Bryant, Nelson Carter, Andrew Jackson Chesnutt, George Grange Sr., Matthew Leary Jr., Thomas Lomax and Robert Simmons,” he said of the seven founders of the Howard School. “These men are the shoulders upon which I stand before you today.”

At the beginning of 2022, he said Friday, “I felt for Fayetteville State, it was our time. Time for renewal and greater expectations. Time to quickly revive and resolve. It makes goals feel obtainable once again.”

Eight minutes into the opening procession, Allison walked slowly down the center aisle of the FSU gym before finding his place at the front of the stage. All the while, hoots, howls and applause erupted from the audience showing appreciation for the chancellor.

FSU student Shaun McNeill played the National Anthem with some improvisational runs on his saxophone.

The crowd loved it.

“Fayetteville State University is a special place,” Hans said. “It’s unique in its mission in transforming students into exceptional leaders ready to make a significant impact. Today, we gather for the investiture ceremony for the leader who will continue this rich tradition. In doing so, (he will) deploy his talents to make FSU an educational powerhouse and produce 21st-century leaders.”

Friday’s crowd included some members of the UNC Board of Governors; chancellors and presidents of other N.C. institutions; local state lawmakers; former FSU chancellors; and current FSU faculty and staff members.

“You have done much in your first academic school year at our beloved university,” said Maya Martin, president of the FSU Student Government Association.

Among other initiatives, she said, Allison has appointed a dynamic staff, built infrastructure, promoted economic development, and pursued initiatives and new partnerships.

"We are grateful and confident this amazing work will continue that the students need at the forefront of their minds,” Martin said. “Broncos near and far are counting on you.”

Earlier, Allison became emotional at the podium when recalling his father.

“He’s with us here today,” Allison said, his voice breaking. “I have no doubt he’s here.”

He then introduced his 82-year-old mother,

“I’m so glad she gets to witness the opportunity to witness today in person,” he said to a round of applause.

He also introduced his wife, La Nica; two daughters; and other family members.

Allison said it was in his hometown of Kannapolis that he first learned to socialize. At the time, Kannapolis was a leader in textile manufacturing.

On March 18, 2021, he began work at Fayetteville State. He spoke proudly of the partnerships the university has created under his watch with Fayetteville Technical Community College, Cumberland County Schools, Fort Bragg, Cumberland Community Foundation and Cape Fear Valley Medical Center.

Building partnerships in the community is always happening, he said.

"And if Fayetteville State University continues to do so, we will continue to be the best we can be. For our students, this community, this region and our state," Allison said.

Hans concluded with a challenge to FSU and its new chancellor.

With that, the band kicked into a Dixieland-style spin on "Give Me That Old Time Religion" as faculty and staff members and others marched out of the gymnasium.

Allison waved to the crowd, a huge smile on his face.