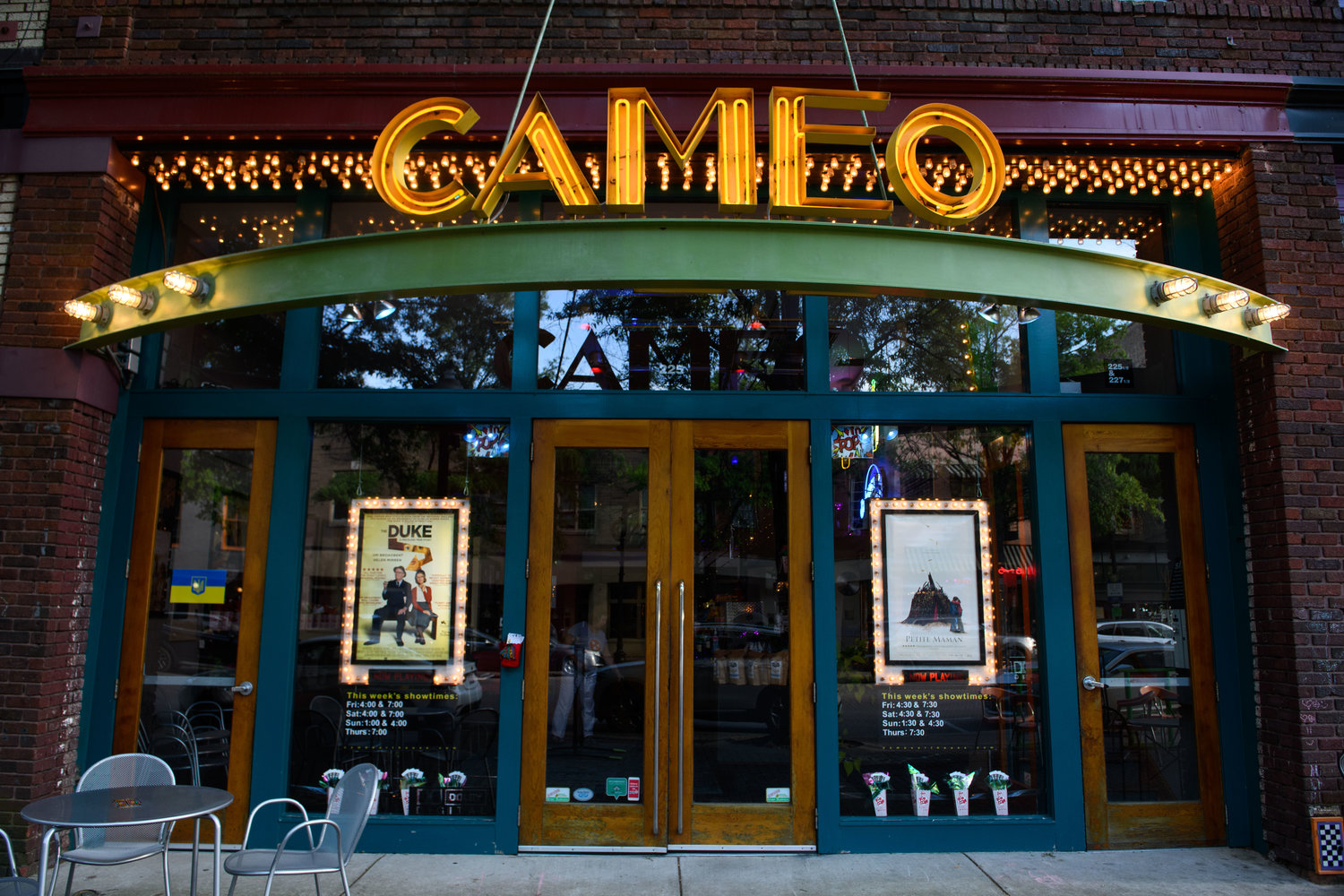 For a touch of old Hollywood in downtown Fayetteville, visit Cameo Art House Theatre, which features independent films as well as live concerts and special events.

The lobby has an old-time feel with displays of movie memorabilia and a vintage concessions counter serving up popcorn, candy and sodas as well as beer and wine that you can enjoy while watching a movie.

Owners Chris and Nasim Kuenzel and Eric Lindstrom bought the historic Dixie Theater building in 1998. It was the home of one of Fayetteville’s first movie theaters, the New Dixie, beginning in 1914.

The Cameo books mainstream movies, but its specialties are art movies, independent films, documentaries and foreign films. There’s a main theater downstairs and a smaller one upstairs.

In addition to movies, the Cameo can be rented for private film screenings, fundraisers, birthday parties, and business meetings. It hosts an annual Academy Awards celebration to benefit local nonprofit organizations.
The Cameo is the main venue for the screenings for the Indigo Moon Film Festival in the fall.