4 applicants make their case for why they should be appointed 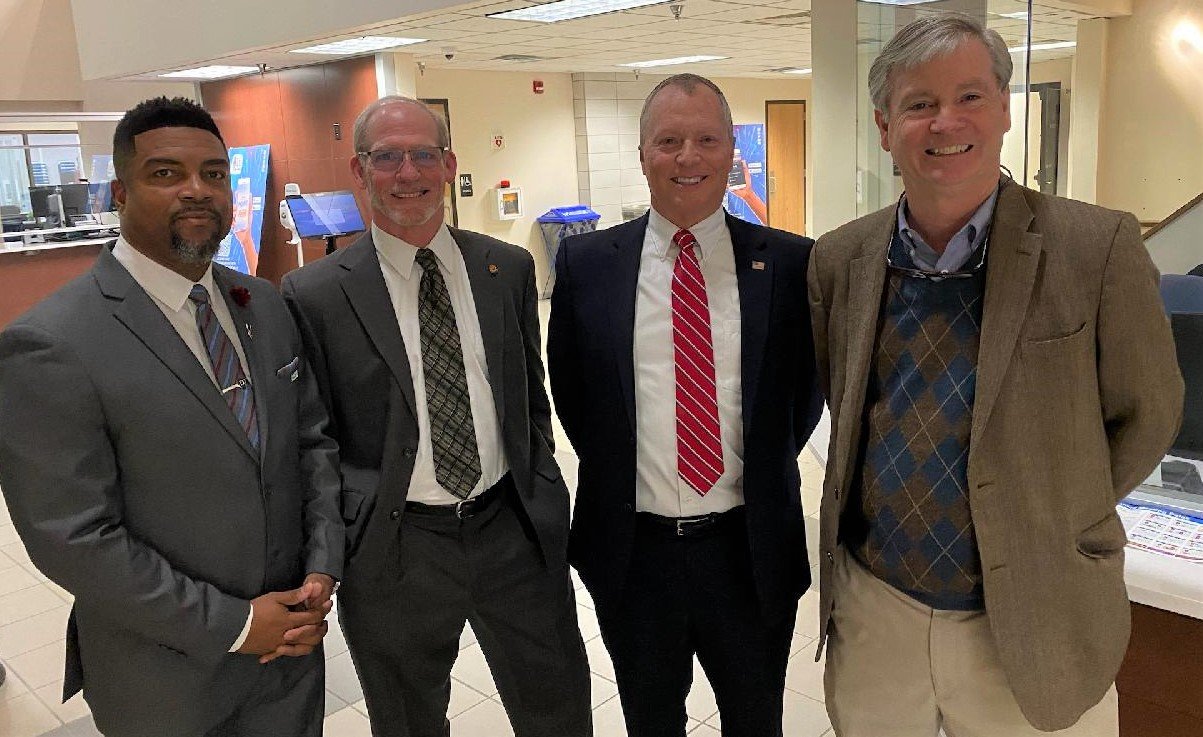 Four of the five candidates who applied for the Fayetteville Public Works Commission board were interviewed by the City Council on Monday during its monthly work session.

Christopher Davis, William Gothard, Josef Hallastchek and Peter Stewart were all given the opportunity to introduce themselves and talk about why they are qualified for the position and to answer the same three questions about the job.

Ted Mohn, a fifth applicant, notified the city clerk by email that he would not be able to attend Monday’s meeting.

Each applicant was given five minutes to speak to the council before fielding the prepared questions.

The City Council will now vote to fill the position, which pays $600 a month, city spokeswoman Jodi Phelps said.

The person will replace Wade Fowler on the PWC board.

Davis, 50, is a former member of the City Council.

“As many of you know and those who don’t, I’ve had the honor of serving as ex-officio PWC commissioner as City Council liaison to the PWC for nearly three years,” Davis told the council Monday night. “During that time, I committed myself to not only learning about PWC but I worked to become a valued member of the commission.”

Davis, a former Army engineer officer, said he strived to do the work as a PWC member.

“My greatest focus was enhancing the flow of communication and sharing of ideas between City Council and PWC, in order to reinforce the relationship between these two,” he said. “That’s our greatest opportunity for the future of Fayetteville and our area in terms of future economic development, sustainable businesses, residential development, job creation and even our ability to attract great companies. We must develop the kind of working relationship that the citizens can see and value. As a previously elected official, I can honestly say that the citizens want to see this.”

If he is selected, Davis said, he would be a real advocate for city residents.

“They are the most important part of our community,” he said.

Davis said transformational opportunities exist if the city and PWC are willing to collaborate.

“Life-changing opportunities,” he said. “We need to make sure that the City Council and the commissioners are on the same playing field so that when we talk and share ideas that the citizens benefit from it. That’s what I’m committed to.”

Gothard then presented his qualifications.

Gothard, 66, is a retired brigadier general who spent 36 years in the military before retiring at Fort Jackson, South Carolina.

“I don’t have a dog in this fight,” he said from the lectern. “I’m not a local businessman. I’m a (PWC) rate payer. I take the services like all of you and other residents and many residents in the county. I have no preconceived notions about this appointment, what the PWC does and what’s good or bad about what they do. All I want to do is be a good representative to serve like all you do — to serve my neighbors and friends in this community.”

He said he understands the budgeting and contracting processes PWC oversees. Gothard said he is an Army acquisition corps officer certified in program management and contracting. He has a master’s degree in management from Webster University and thus understands profit-and-loss statements and other financial topics. Having reviewed financial documents over the last couple of days, he noted, he has tried to understand PWC’s position.

He concluded by saying, “I don’t like tooting my own horn.”

Hallastchek, 62, served 23 years before retiring from the Army Corps of Engineers. He relocated to Charlotte, where he worked with a small engineering firm. He then took a job at a large engineering firm working for Army and Air Force bases throughout the United States.

“I had all the Army bases east of the Mississippi,” he said. “I had 24 at the time. And I was the chief of public works.”

“So, when I saw this position where I had water, wastewater and electric, it’s pretty much what I do in my day job,” said Hallastchek. “The same challenges that you’ve got with the Public Works Commission, they’re some of the same challenges I’ve got: sustainment, modernization, and building out for the future.”

He said that’s why he is suited to serve on the PWC board.

Stewart, 66, was the last to be interviewed.

He introduced himself as a native and lifelong resident of Fayetteville.

“I’m not a politician,” Stewart said. “But I’ve always given back to my community. And I’m proud to be a Fayetteville person.”

He said he followed his father, who was in the military, into the automobile business.

He worked in the car business for 31 years, in marketing for 10 years, and in commercial real estate for 30 years. Some of those jobs overlapped.

“I’ve always been involved in supporting our community to make Fayetteville a better place to live, to work and to play,” Stewart said.

He reviewed his many accomplishments in the community.