City Council votes down request to build duplexes in neighborhood 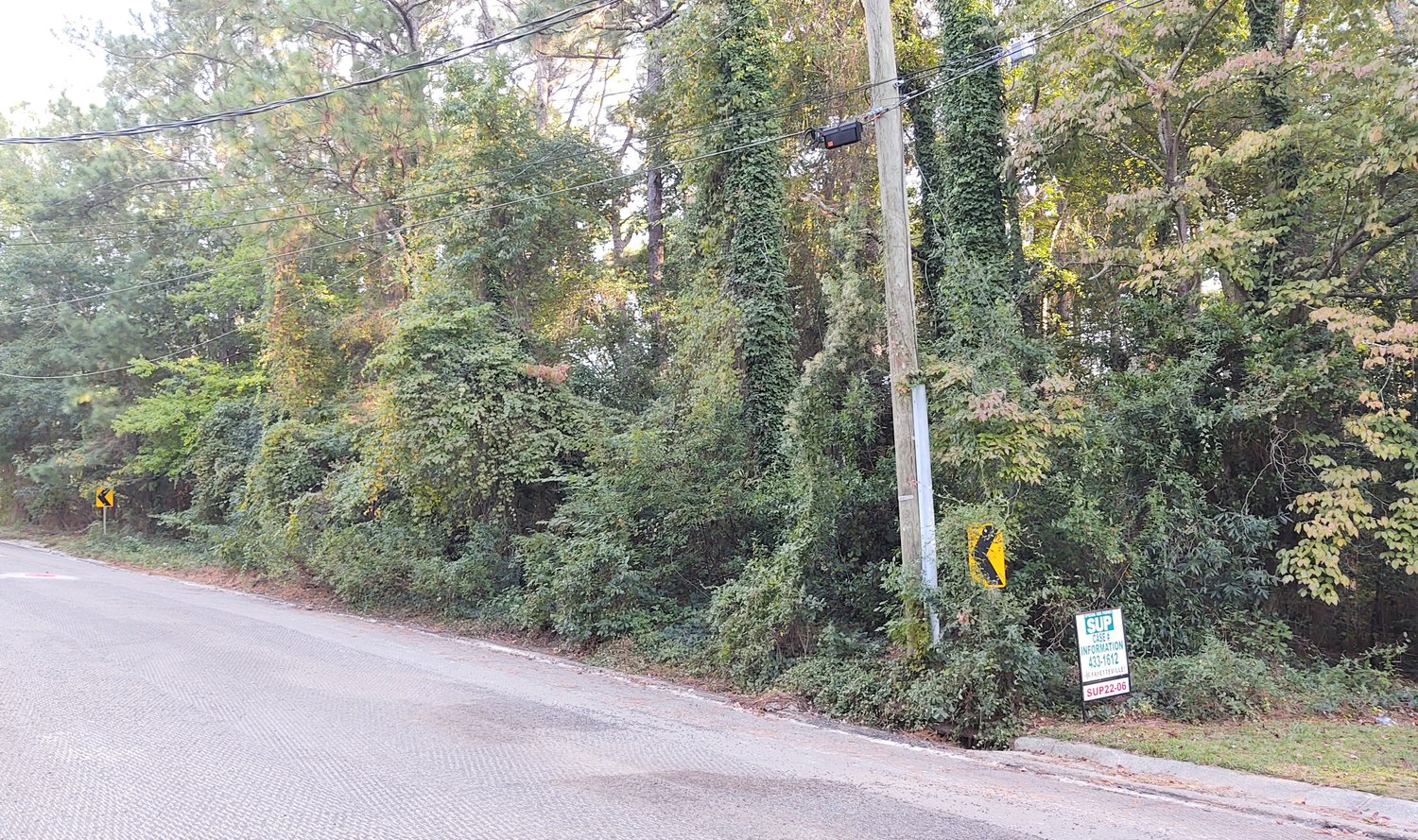 Residents of the Briarwood Hills-Clairway neighborhoods turned out Monday night to oppose a request for a special-use permit to allow three duplexes to be built on Colgate Drive. The Fayetteville City Council voted 8-2 to deny the permit request.
Photo by Bobby Parker
Posted Tuesday, September 27, 2022 6:54 pm

It’s been single-family all these years. We’d like to keep it single-family.”
Amanda Wynn, who lives next to the site of the proposed duplexes
By Michael Futch | Staff writer

A large contingent of residents of the Briarwood Hills-Clairway neighborhoods turned out Monday night to oppose a request for a special-use permit that would allow three duplexes to be built on Colgate Drive.

The Fayetteville City Council voted 8-2 to deny the permit request after a hearing.

Mark Mayoras of Military Standard Construction, who owns the 1.94-acre property at 2417 and 2421 Colgate Drive, applied for the variance. The neighborhoods are zoned for single-family homes.

“I’m not a developer trying to ruin Fayetteville,” Mayoras said during the hearing. “I want to bring houses to our military people that they can afford. Everybody in this room, everything they have is for one reason: Because the United States military has blessed us with Fort Bragg. That’s why Fayetteville is Fayetteville, and these kinds of houses are the kinds of houses that the military needs. And then they can be in the best schools. That is my intention on this project.”

“And they are attractive,” he added.

“I was wrong 20 years ago, and the people who are going to talk after me are wrong now,” he said, drawing laughter and howls from some in the audience.

Neighborhood residents who spoke against the proposed project said the duplexes would threaten their property values. They said the community has long had single-family zoning and they want to keep it that way.

One speaker said the area is prone to flooding during stormy weather like hurricanes.

“We moved here in 1980 and (chose) Briarwood because of their lovely, single-family homes,” said Mary Kennedy. “We raised our family, paid our taxes, followed the code restrictions and, hopefully, are good neighbors. So here we are to respectfully speak in opposition to (the variance), which, in my simple way of thinking, is another term for rezoning these lots to some sort of multifamily (use).

“It opens the door to easier, future zoning change attempts," Kennedy said. “As we stand here tonight to defend Briarwood, we include Clairway since Briarwood wraps around it. Whatever affects Briarwood eventually affects Clairway.”

She cited the need for safe access to the property as a major concern along with safe driving conditions.

Traffic problems would only increase if the duplexes were allowed, she said.

Karen Ewart, who said she has been a Clairway resident for about six years, said she also opposes the duplexes.

“This is a single-family neighborhood, and I want it to stay that way,” Ewart said. “That was one reason why I moved into it.”

Amanda Wynn said she lives next to where one of the duplexes would be built on Colgate Drive.

“We have a very safe neighborhood,” Wynn said. “We have property values that range anywhere from $275,000 on up. Property values, I believe, will go down once they put duplexes in there.”

But, he added, “I don’t think this is the right fit for my neighborhood.”

Matthew McLean said the area is prone to extensive flooding during hurricanes and the new buildings would cause more flooding and stormwater runoff.

McLean said the duplexes would not fit in with the integrity of the neighborhood. And he added that it has been that way for 50 years.

“He’s bought the property, and now he wants special treatment,” McLean said of Mayoras. “And we’re all for fair treatment. But there’s no compelling reason to give special treatment in this case. And there are a whole lot of reasons to keep it the way it is.”