Commissioners to swear in new members

Two new members will join the Cumberland County Board of Commissioners on Monday. The board also will select a chairman and vice chair. 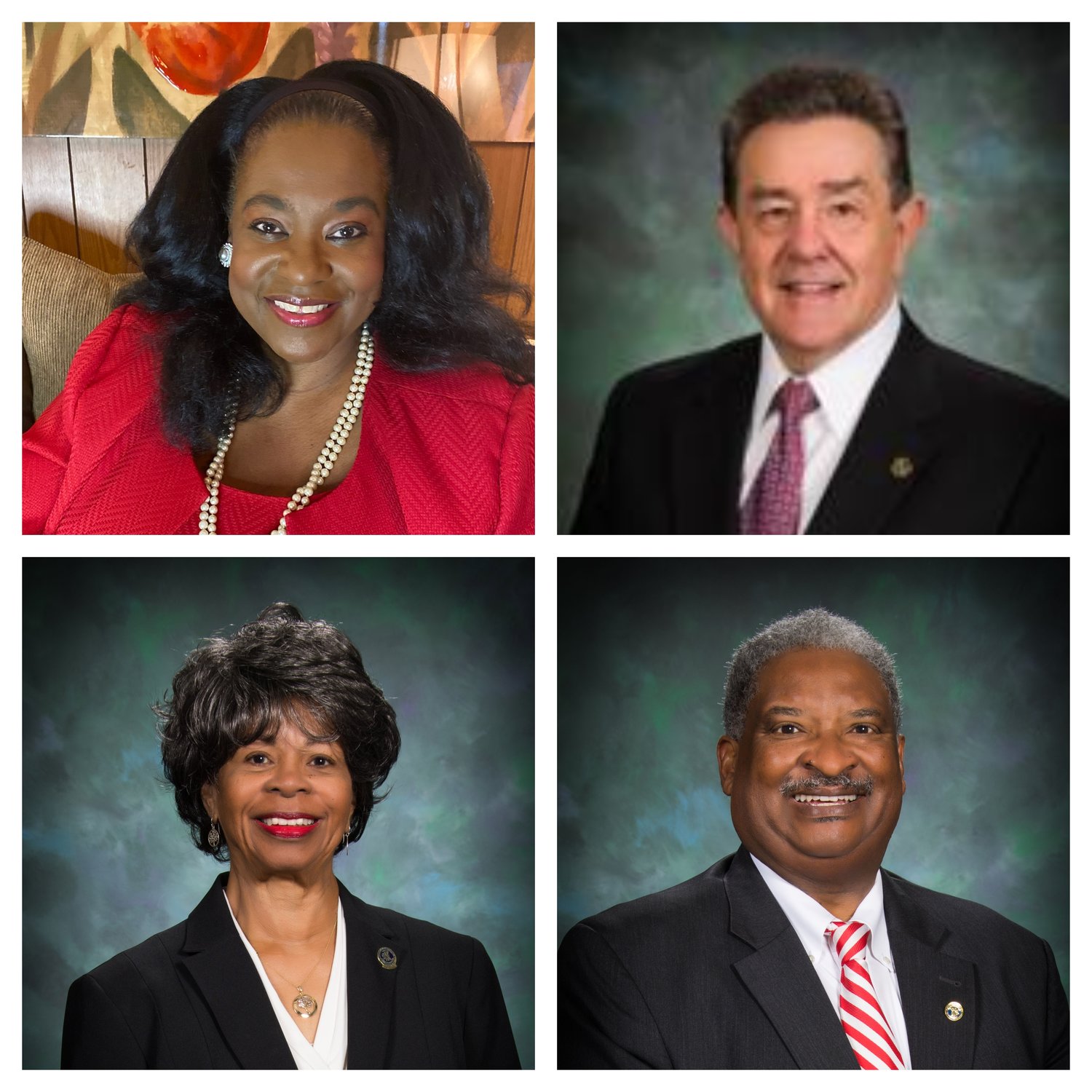 Commissioners-elect Veronica Jones and Marshall Faircloth and Commissioners Jeannette Council and Glenn Adams will take their oaths of office on Monday when the county Board of Commissioners meets at the Crown Coliseum Ballroom.
Contributed
Posted Saturday, December 3, 2022 2:00 am
By Jason Brady

The Cumberland County Board of Commissioners on Monday will install two new members and elect a new board chairman. The meeting is scheduled for 7 p.m. at the Crown Coliseum Ballroom.

The board also is scheduled to elect a chairman and vice chairman. Currently, Toni Stewart serves as vice chair. Historically, the vice chair is elected chairman. Adams for the past year has given Stewart more opportunities to represent the board at various functions.

The meeting is open to the public. People who attend should park in the West VIP parking lot of the Crown Complex, located at 1960 Coliseum Drive. There will be signs in the parking lot to direct people to the appropriate lot, the county said.

The meeting also will be streamed live via the county’s website, and the meeting will be aired live on CCNC-TV Spectrum Channel 5.

Jason Brady covers Cumberland County government for CityView. He can be reached at jbrady@cityviewnc.com.

Cumberland County, Board of Commissioners
Report an inappropriate comment