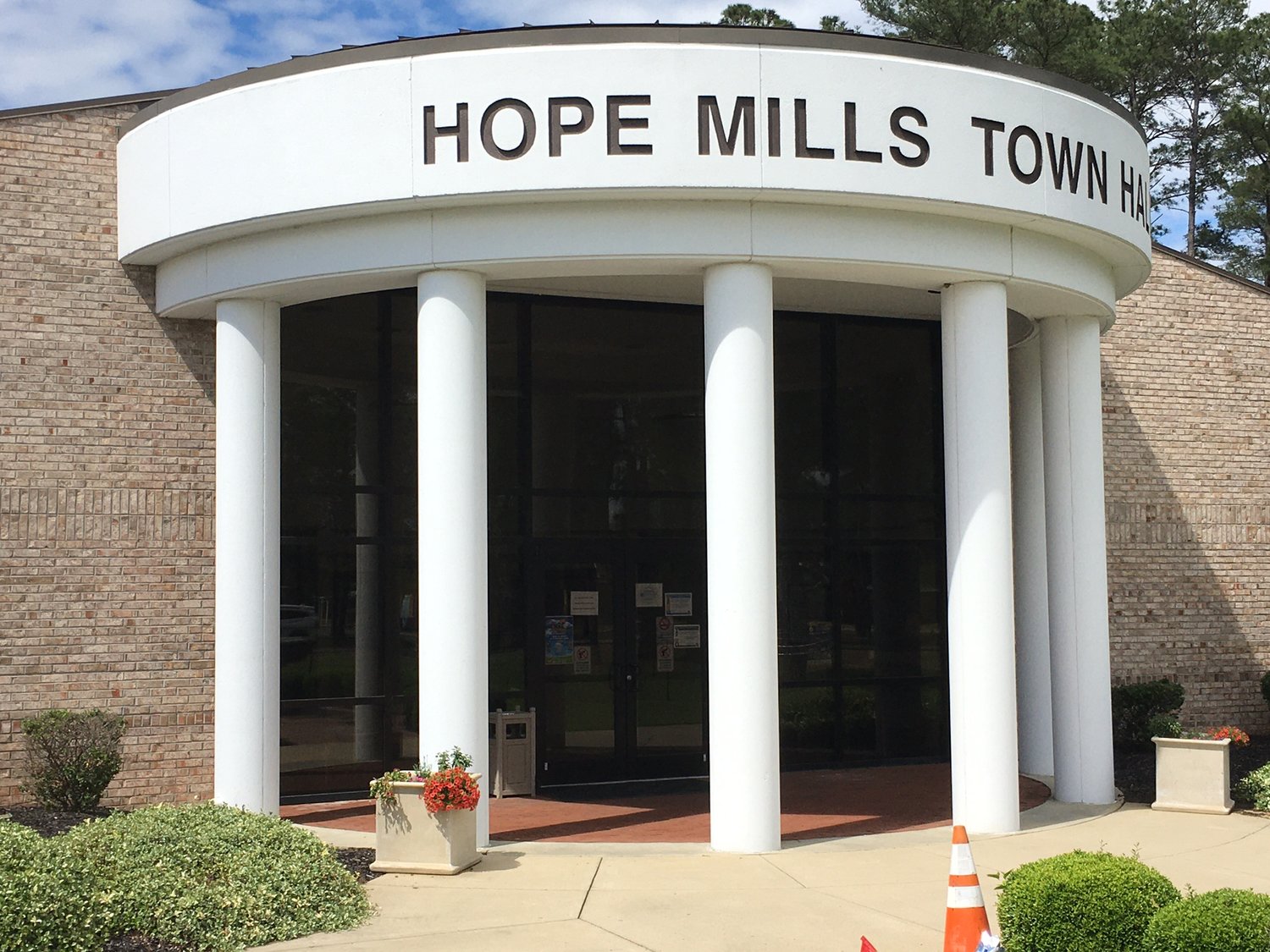 The town Board of Commissioners on Monday continued its discussion of a proposed overlay zoning district.
File photo
Posted Tuesday, September 20, 2022 12:22 am
By Jason Canady

HOPE MILLS — The town Board of Commissioners on Monday continued its discussion of a proposed overlay zoning district.

The board met an hour before its regular meeting. It marked the second session the board has held as it works to establish the town’s first overlay policy. It centered on information from residents and stakeholders.

Overlay zoning is a regulatory tool that creates a special zoning district over existing zoning. It can include additional or different regulations that apply within the district.

On July 18, the board adopted a temporary moratorium on certain businesses while town staff works to create an overlay district. The moratorium gives the board six months to study the idea and implement the district.

The town staff is conducting surveys to solicit input from business owners and residents.

Chancer McLaughlin, the town's planning and economic development director, led the work session and presented some of the data that has been collected by his department’s survey. Residents are able to scan a QR code from the department’s flier and take the survey.

The survey will remain live until the end of September, according to McLaughlin’s presentation.

The survey consists of 10 questions. The last question asks, “How often do you shop at a tobacco or vape shop?” and lists various options for answers. McLaughlin reviewed the list of questions and told the board what percentage of people answered the question a particular way. McLaughlin said 100% of the people who answered the vape store question replied, “absolutely never.”

Mayor Jackie Warner said the vape shops follow sign regulation guidelines, but most add lights that are often too bright in an effort to attract customers. Warner asked McLaughlin if there was something they could do about that.

After data is collected and analyzed by the Planning and Economic Development Department, McLaughlin will present the staff’s proposed ordinance amendments during the third work session scheduled for October. In December, the board is expected to adopt the overlay policy.

During the board’s regular meeting, commissioners heard an update on the Public Safety Building Project from architect Scott Garner. Garner told the board they were working on the occupancy permits so they could occupy the building next month. He said he should soon be able to reveal the building and take the board on a walk-through.

Garner also presented change order No. 10, which totaled $1,106,889 and will come from the contingency fund. The board unanimously passed the change order.

Under new business, the board unanimously agreed to authorize the town manager to enter into an agreement with Richard Grubb & Associates for archaeological data recovery at Heritage Park.

In June 2020, Richard Grubb & Associates completed a Phase I archaeological survey for the Heritage Park Phase I Project. The survey identified a site that includes the remains of Hope Mills No.1 and possibly the antebellum-period Rockfish Factory.

Lamarco Morrison, the town’s Parks and Recreation director, told the board that evidence of a possible Lumbee tribe of American Indians has also been found, which would pre-date the Rockfish Factory’s antebellum period and add to the importance of the site.

The board also held a closed session to discuss personnel and attorney-client advice.