Kemberle Braden and James Nolette, both assistant chiefs in the Police Department, are the finalists to replace retiring Chief Gina Hawkins 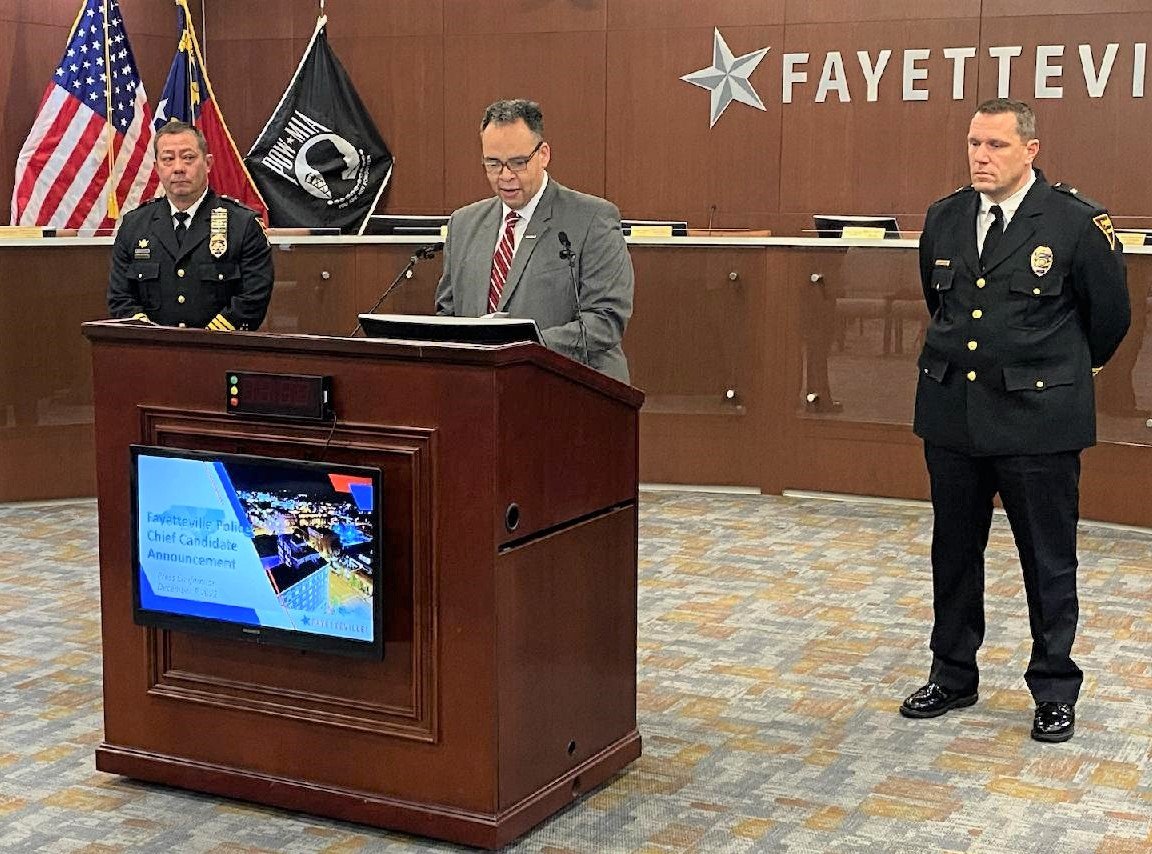 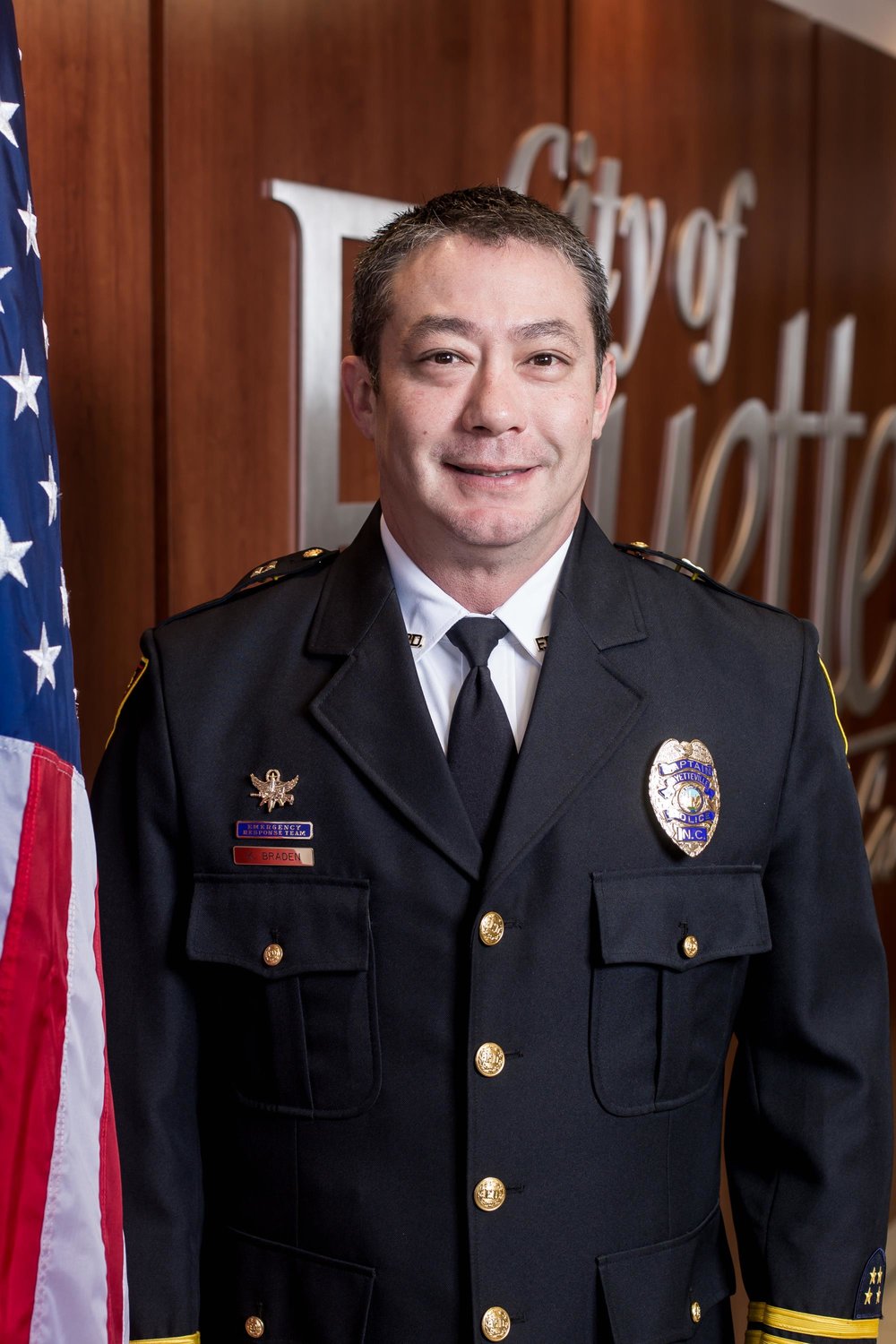 Assistant Chief Kemberle Braden commands the Field Operations Bureau for the department, which is made up of various patrol and investigative units and oversees patrol operations, major crimes and vice operations.
Contributed 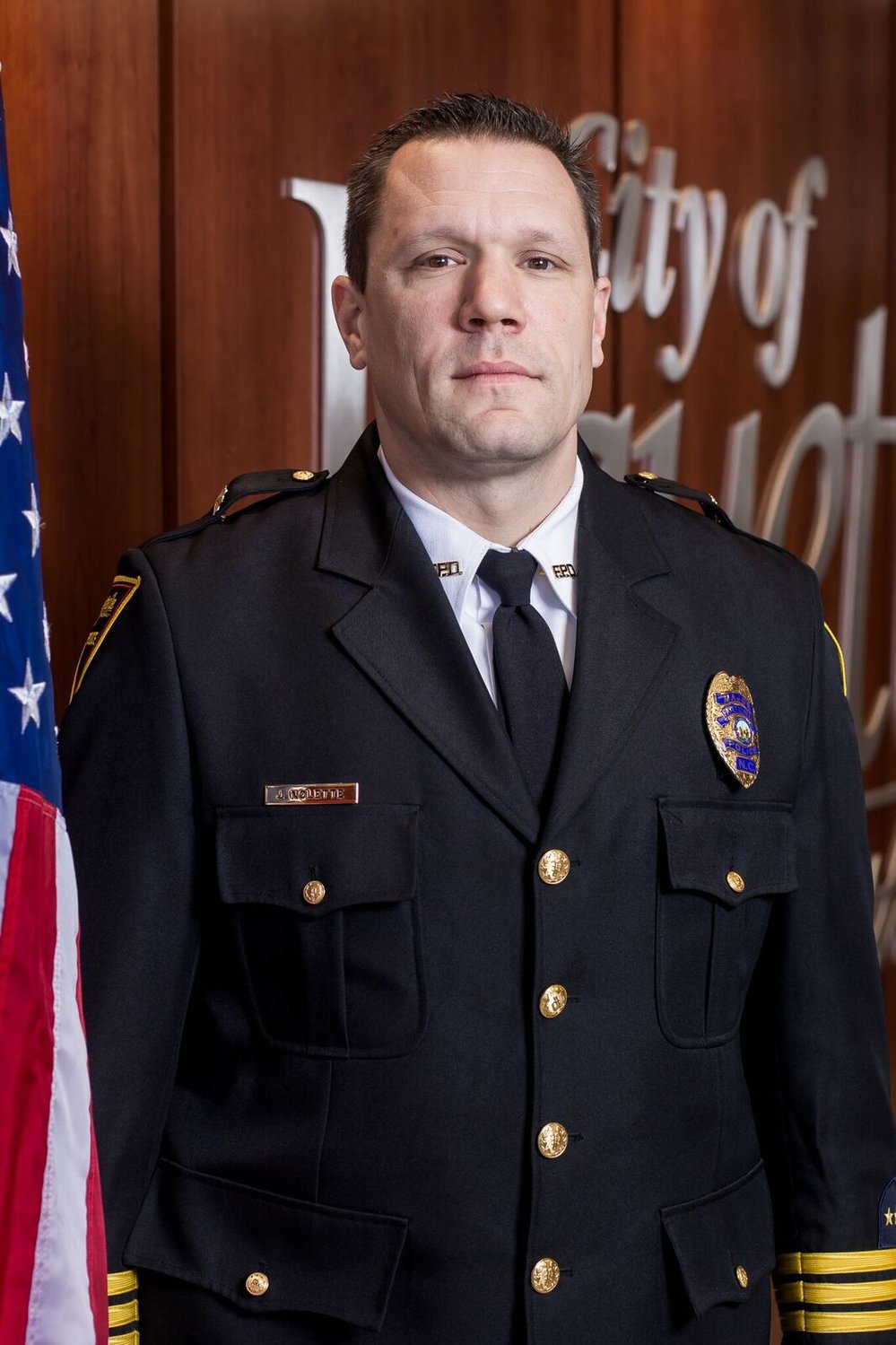 The Fayetteville city manager on Friday morning announced the two finalists to become the city’s next police chief and both are already familiar with the department and the community.

City Manager Doug Hewett told members of the media that Kemberle Braden and James Nolette, both assistant chiefs in the Police Department, are the finalists to replace retiring Chief Gina Hawkins.

Hewett, who will make the decision, said he hoped to have the chief named before Christmas.

Members of the public can ask questions of the candidates during a community forum scheduled for 6 p.m. Tuesday at the council chambers at City Hall. Residents also may submit questions in advance.

The link for online questions, which is set to be posted this afternoon, is available at fayettevillenc.gov/chiefsearch.

The candidates on Friday introduced themselves and spoke briefly about their history with the department. The media was not allowed to ask questions.

"The candidates in this forum will not answer any questions. Only Mr. Hewett will," said Loren Bymer, a spokesman for the city. "There will be (an) opportunity on Tuesday for candidates to receive questions."

Bymer said Friday's announcement of the two finalists was part of the employment process.

The names of the other candidates will not be released, Bymer said. Nolette and Braden were among 10 potential candidates identified during the search process.

“I am proud that following a rigorous process (that pooled a variety of candidates from around the country), both of our finalists are from here, Fayetteville, North Carolina, and have demonstrated that they are invested in this community,” Hewett said.

Braden commands the Field Operations Bureau for the department, which is made up of various patrol and investigative units and oversees patrol operations, major crimes and vice operations.

“I have been serving the Fayetteville community for the last 27 years,” he said. “And I’m originally from Fayetteville, as my father was a retired Special Forces soldier out at Fort Bragg.”

Nolette said he has been with the Fayetteville Police Department for approximately 25 years.

"I came to North Carolina – as based on my accent you can tell I’m not from here – originally from Providence, Rhode Island,” he said.

Technically, he said, he’s a third-generation police officer who has lived in Fayetteville since 1999. That included a six-year stint with Fort Bragg’s 82nd Airborne Division.

“I’ve made this my home. I didn’t want to go back to Rhode Island and shovel snow any more so this is where I stayed."

He married his wife, who is from Fayetteville, and together they have an 11-year-old son.

“When we began this search,” Hewett said, “we went through a comprehensive process to gather input from stakeholders, including council, police department staff, city staff and the residents of Fayetteville. This information helped us understand what the important characteristics were for our next chief of police.

“Overwhelmingly,” he added, “the feedback that we received was someone who prioritizes collaboration, transparency, accountability and a desire to make Fayetteville even safer and a more secure place to live. We knew based on community interest that our chief should be invested fully in this community.”

Through a search firm hired by the city, the Chapel Hill-based Developmental Associates, the city began searching nationally for candidates who met that criteria, Hewett said. The search process included the identification of possible candidates, screening and preliminary interviews.

The assessment center run by the search firm included law enforcement professionals from communities across the nation and local community members who served as volunteer evaluators.