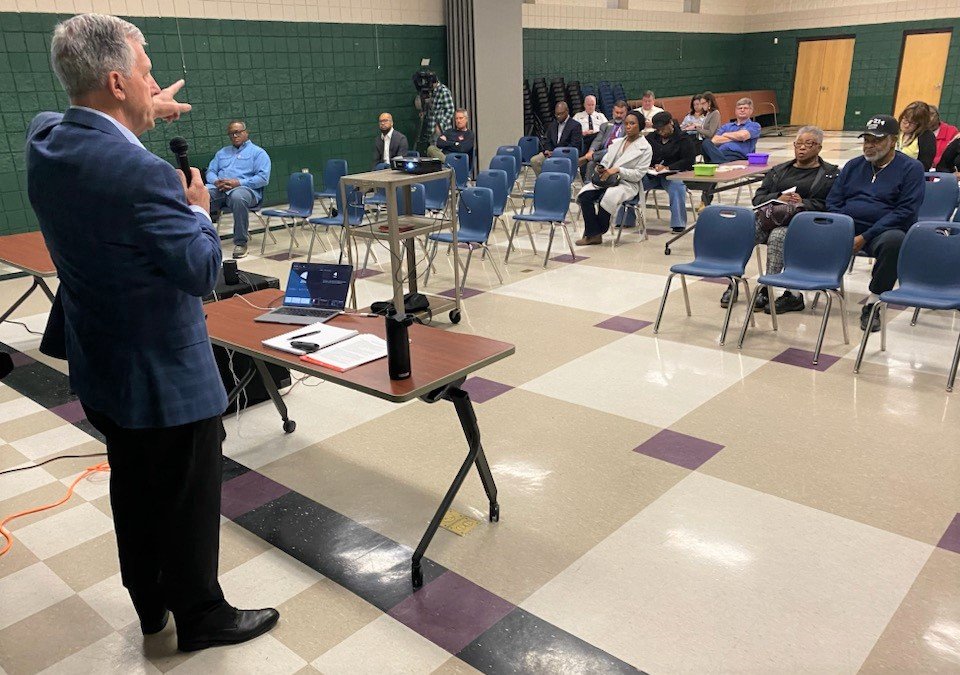 Ron Teachman of ShotSpotter speaks at a public forum on the gunshot-detection technology Wednesday at Smith Recreation Center. The Fayetteville City Council is considering implementing the system here.
Photo by Michael Futch 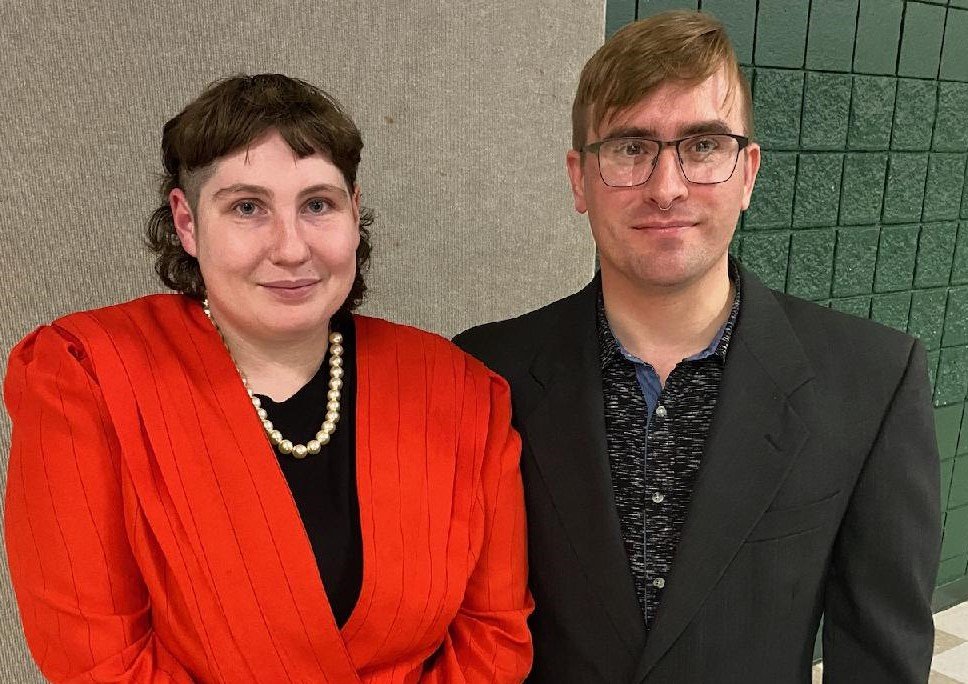 Susannah Wagner, a school teacher, and Nathan Weber, a Methodist University student, attended a forum on the gunshot-detection technology ShotSpotter on Wednesday at Smith Recreation Center. Both questioned whether the city should invest in the system.
Photo by Michael Futch 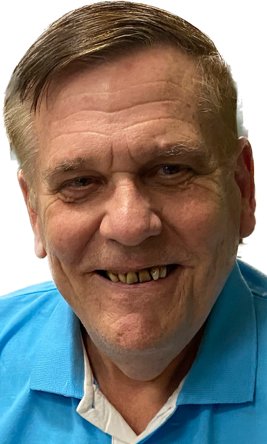 John Czajkowski attended a forum on the gunshot-detection technology ShotSpotter on Wednesday at Smith Recreation Center. He questioned whether the city should invest in the technology.
Photo by Michael Futch
Previous Next
Posted Thursday, December 8, 2022 2:35 pm

What are you talking about doing — sending a police officer there each time we hear gunshots? I hear gunshots every night.”
Cynthia Leeks, who attended a public forum on the gunshot-detection company ShotSpotter on Wednesday evening
By Michael Futch | Staff writer

Leeks was among more than 30 people who attended the first of three information sessions designed to explain the program to the public and field questions how it works.

Another in-person meeting was scheduled for 6 p.m. Thursday at Kiwanis Recreation Center, 352 Devers St. A remote version of the presentation is set for noon Friday on the online meeting forum Zoom.

“This seems to be one-sided to me,” Leeks said from her seat in Smith Recreation Center on Slater Avenue. “I think you all are a great company, but this is not for Fayetteville, North Carolina. We are right here at Fort Bragg, and what the gentleman said, he hears M16s all night. I don’t know what they do out there.”

Law enforcement agencies across the country have implemented technology to help reduce gun violence. One of those tools is an acoustic gunshot detection system that can verify when and where shots are fired and to automatically notify police dispatchers.

On its website, ShotSpotter says it uses an array of acoustic sensors that are connected to a cloud-based application designed to accurately locate gunshots. Each acoustic sensor captures the precise time and audio from sounds that may be from gunfire. The data is used to locate where the noise originated and the use algorithms to determine if the source might be a gunshot.

Ron Teachman, director of public safety for ShotSpotter, said law enforcement officers have been shown to arrive faster with the use of the gunshot technology.

The cost for the “guns fired” technology will be $197,000, according to Jack Pontious, a director of Northeast region sales at ShotSpotter, which is based in Fremont, California.

But skeptics say the technology is no more effective than a 911 call from a resident or business.

“What is the police department saying about this?” Leeks asked Teachman. “It just seems to infringe on their responsibility. And it’s just not clear-cut here. I’m not at all happy with the fact that high crime is in my community. I’m a person of color; it’s in my community. What are you talking about doing — sending a police officer there each time we hear gunshots? I hear gunshots every night.”

Last month, the Fayetteville City Council voted 6-4 to proceed with implementing gunshot-reporting technology, with the stipulation that ShotSpotter representatives appear at three public forums to answer questions about how it works.

The council authorized the city manager to pursue a contract with ShotSpotter after the forums are held and with some contract modifications.

That followed a 7-3 vote against a motion by Councilman Mario Benavente that the council not proceed with the contract. Council members Courtney Banks-McLaughlin and Shakeyla Ingram joined Benavente to oppose pursuing a contract.

John Czajkowski, 71, came to Wednesday’s information session to hear the presentation from the ShotSpotter representatives.

“I’d rather see the money spent here,” Cazjkowski said. “If you want ShotSpotter, call 911 and give them the money. That will give them incentive. I believe in investing in community first.”

Leeks said she has encouraged people to call 911 instead of relying on the gunshot technology.

“It’s a lot of money, in particular,” Wagner said.

Wagner said she and Weber spent a day researching the controversial technology before coming to the meeting.

Following the information session, representatives of Campaign Zero, a national campaign for police reform, offered what they called “the other side of the story.”

Campaign Zero, which dates to 2015, supports 10 proposals to reduce police violence. They cast double on what the ShotSpotter representatives said at Wednesday’s forum.

“They know what to say,” said Abby Magaraci, an analyst for Campaign Zero. “We're just not told the entire truth.”