A cup of Russian tea warms body and soul 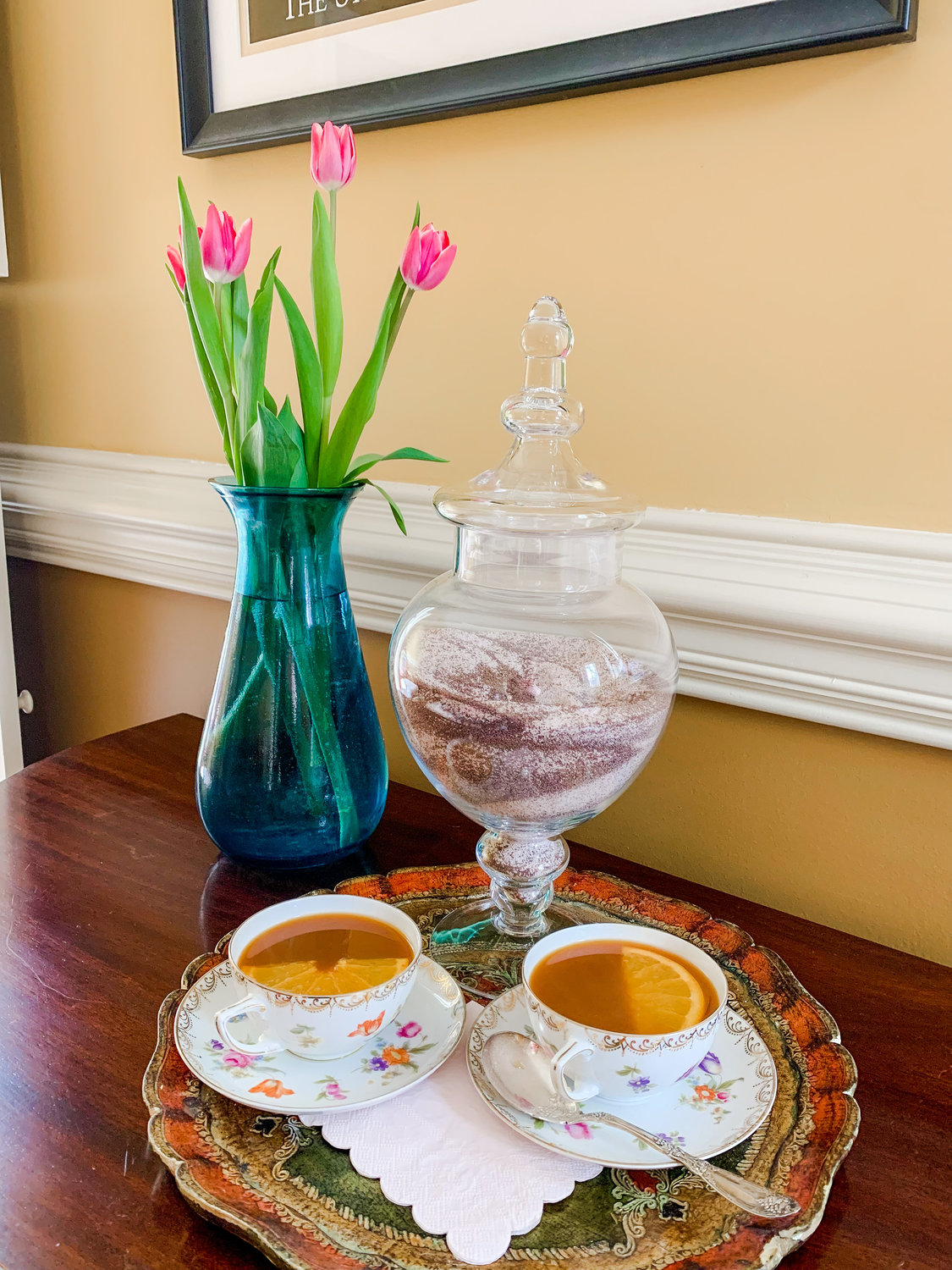 Russian Tea is a sweet combination of tea and citrus flavors.
Posted Wednesday, January 26, 2022 1:00 am
By Kim Hasty

For many years after I met my husband, late chilly winter afternoons called for sitting down for a cup of Russian tea with my mother-in-law.  It was a mysterious name for a  concoction that seemed distinctly American: A powdered mixture of Tang and Lipton instant tea with some sugar, cinnamon and ground cloves. She always had a batch at the ready in an airtight glass jar.

She would put two teaspoons of the mix into one of her pretty china cups and then pour in hot water from the kettle to yield a steaming and fragrant drink. It was a soothing and simple treat that was always accompanied by a pretty napkin. But it was made magical by that most important of ingredients, good conversation.

I learned later that authentic Russian tea is actually loose-leaf tea brewed in a samovar without so much as a granule of Tang. I've also found recipes that use lemonade and orange juice concentrate instead of powdered, along with one fellow who steeped his with fresh oranges and lemons from scratch. I found that most recipes call for the addition of some powdered lemonade mix, and some folks also add a splash of pineapple juice.

In recreating a recipe for Russian tea, I found there are many more options for citrus-flavored drink mixes than there were in my late mother-in-law's day. Most people of a certain age know the story of Tang. Formulated by General Mills in 1957, the powdered drink soared (literally) when astronaut John Glenn took it into space in 1962.

You have to look closely for instant tea, which makes sense because I can't think of any other good use for it. But it's still there, as is Tang. The powdered drink aisle has come a long way. There are lots and lots of sugar-free varieties, as well as boxes that contain individual serving packets. There are also little bottles of concentrated, flavored drops for making plain water taste like peach mango and lemon-lime and such.

There are even mixes for making the drink known as  Arnold Palmer, which is half tea and half lemonade. Named for the Hall of Fame golfer who is often credited with inventing the drink, the Arnold Palmer might actually be nice when served hot.

Anyway, I went with the old-fashioned basics, trusting a time-honored recipe that I hope is certain to warm you up. And perhaps, like me, it might bring back some warm memories as well.

Mix together and store in an airtight container.  To serve, add boiling water to a cup filled with 2-3 teaspoons mix.