The Local Government Commission sends a letter to the town board outlining its reasons for denying a contract with Justine Jones. 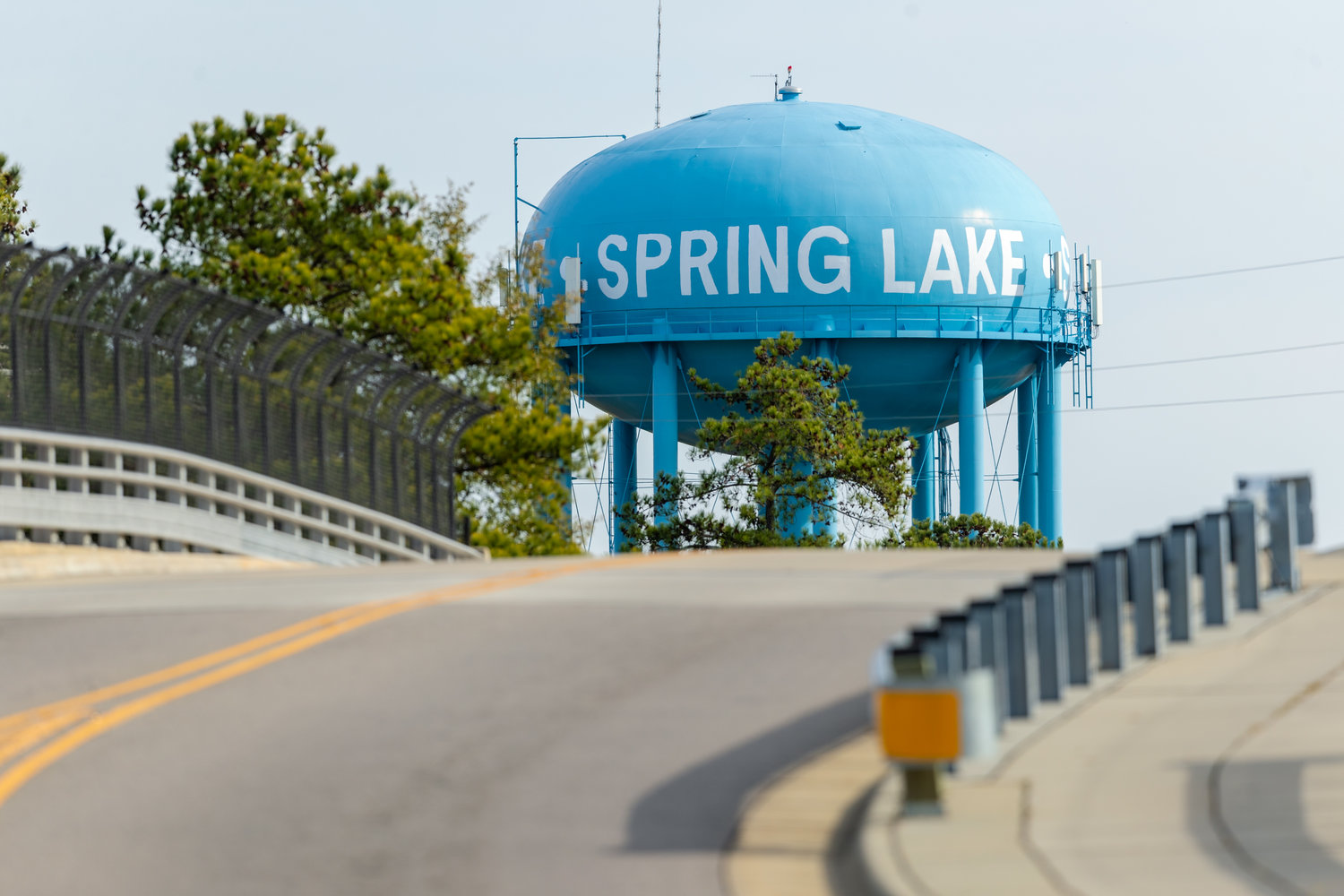 The Local Government Commission has officially denied a proposed employment agreement that would allow the town of Spring Lake to hire Justine Jones as its next town manager.
File photo
Posted Friday, December 9, 2022 2:00 am
By Jami McLaughlin

The Local Government Commission has officially denied a proposed employment agreement that would allow the town of Spring Lake to hire Justine Jones as its next town manager.

The town board voted 3-2 on Oct. 10 to appoint Jones as permanent town manager with the condition that Jones, the Local Government Commission, the Board of Aldermen and the town attorney accept the contract terms.

State Treasurer Dale Folwell, who is also the chairman of the Local Government Commission, sent out a press release on Oct. 13 stating that he would not approve the money to hire Jones citing statutory authority and the commission’s financial oversight of Spring Lake as his reasons for not approving the funding.

Mayor Kia Anthony has since referred to being in “limbo” as far as hiring a town manager, saying there has not been an official response from the commission to the town. Since Oct. 10, there have been numerous closed sessions with the board and Town Attorney Michael Porter citing personnel and attorney-client privilege.

Jones served as the town manager of Kenly for three months before being fired. The town made national headlines when seven employees, including the police chief and four full-time police officers, resigned after Jones had been on the job for 45 days. They said she created a hostile work environment.

Anthony and Porter have said Kenly hired a third-party private investigator who determined that the claims of a hostile work environment were unfounded.

In the four-page letter sent Wednesday to the town, Local Government Commission Secretary Sharon Edmundson, who also serves as the deputy treasurer for the State and Local Government Finance Division, provided clarification and reasoning for the commission’s decision to deny the contract.

Edmundson reminded the board that the LGC had by a resolution from October 2021 exercised its authority to assume full control of all of the financial affairs of the town.

The Local Government Commission took over the town’s finances in October 2021 amid concerns over budget deficits, fiscal disarray and possible missing money.

She added that in its role as the governing board for the town’s financial matters, the LGC may exercise financial power to hire a town manager.

“The LGC staff have historically collaborated with local governments under the LGC’s financial control to give deference to elected officials’ choices, provided those choices are prudent, reasonable, and fiscally sound given the specific circumstances of that local government’s overall fiscal health and situation,” Edmundson said in the letter.

Edmundson then outlined six concerns that led to the decision to decline the proposed employment agreement by Folwell, Edmundson and David Erwin, who was appointed the town’s finance officer on Nov. 2.

Their reasoning was as follows:

Edmundson furthered that the LGC recognized that the town was still recovering from years of financial mismanagement and employee malfeasance.

An investigative audit report released March 17 by State Auditor Beth Wood outlined six findings, including that the former finance director Gay Tucker used more than $400,000 in town money for personal use and that town employees had spent over $100,000 in questionable credit card purchases.

“Recognizing this situation, the LGC staff aspire to work collaboratively with you, as the Town officials, to make the best financial decisions. But the duty of financial stewardship and loyalty of the LGC, its staff, and the Treasurer to the citizens and taxpayers should take precedence over the LGC staff’s customary deference to decisions of the elected officials,” Edmundson said.

The letter also noted that Porter had demanded LGC review the proposed employment agreement and had threatened multiple times to bring legal action against the LGC due to its delayed response.

Edmundson said these threats came despite the LGC staff continuing to handle financial matters of the town on a timely basis and as the town named Jason Williams to be interim town manager on Nov. 14.

She said Porter first provided the agreement less than an hour before a regularly scheduled meeting of the full Local Government Commission on Nov. 1 in Cullowhee without leaving any time for LGC staff to review the materials or advise commission members on the matter. She also added that the contract would normally not have been presented to the LGC for review and approval because of already approved LGC resolutions.

Considering Porter’s demands, the contract came up at the December LGC meeting on Tuesday, where Folwell brought up the proposed agreement and noted that staff recommended denial.

“The Treasurer stated that he was willing to put this matter to a separate vote by the Commission, despite the delegation of authority from the LGC to staff as noted above. Consequently, to move forward, we are now communicating the decision to not approve the proposed employment agreement,” Edmundson said.

She said Folwell and the LGC staff were willing to assist in hiring a town manager and outlined what the LGC considered necessary executive and administration qualifications for a new town manager.

Anthony, Mayor Pro Tem Robyn Chadwick and Alderwoman Sona Cooper did not respond to a request for comment Thursday.

Alderman Raul Palacios said in response to the letter Thursday that Folwell made the right call for Spring Lake. Palacios was one of the aldermen who voted against hiring Jones, saying there were other applicants who were more qualified.

“Another positive outcome to this is that the LGC has defined its role in the hiring process and has outlined qualities they’re looking for in our next town manager,’’ Palacios said. “The treasurer’s office did acknowledge our interim town manager Jason Williams has been ‘performing well,’ so Spring Lake citizens can rest knowing we are in capable hands at this time.”

According to Palacios, the board made the decision to file suit against the state and the LGC during a meeting Tuesday night.

“The petition is for a Writ of Mandamus, which is asking the court to command a public authority to perform an official duty,’’ Palacios said. “In this case, the town is wanting the LGC to approve or deny the contract for Justine Jones.’’

He said the board made the decision because the LGC had the contract for over 30 days and took no action other than news releases.

Palacios said that after receiving the letter from Edmundson, Porter had emailed the board that in light of obtaining a final decision he would stand down until otherwise instructed.

Edmundson said Folwell has consistently stated that the focus of the LGC’s financial decisions is to protect the town’s citizens, the taxpayers and their tax dollars, and to make wise use of the town’s limited resources.

“The goal has always been to help the Town regain its financial footing so that full control may be returned to its governing board,” Edmundson said.

She added that Folwell had repeatedly offered to meet with Anthony to discuss how best to move forward in finding the right candidate.

“The practice of the LGC staff has always been to work in collaboration with Town officials and staff on key issues,’’ Edmundson said. “Yet it has been difficult to find points of agreement with the Town on both process and substance of financial decisions during this time of LGC financial control.”

Folwell and Anthony have not met despite discussing meeting since mid-October.

“We have great hopes for the future of Spring Lake and look forward to working collaboratively with you to identify and hire the appropriate individual for this key position,” Edmundson said.

The next regularly scheduled meeting of the Board of Aldermen is Monday at 6 p.m. at the Spring Lake Town Hall. There is a closed session on the agenda with general statutes cited for personnel and attorney-client privilege.