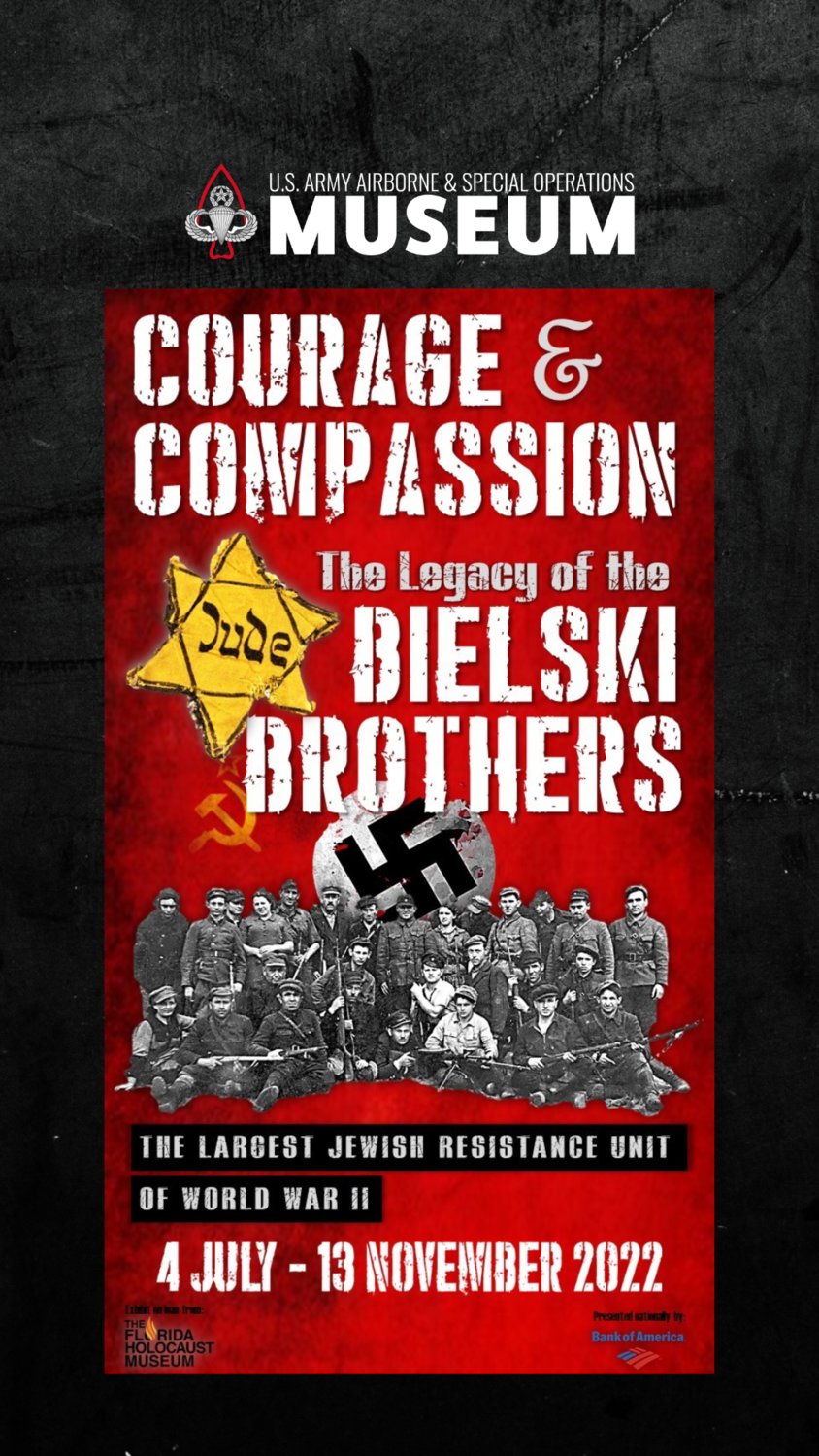 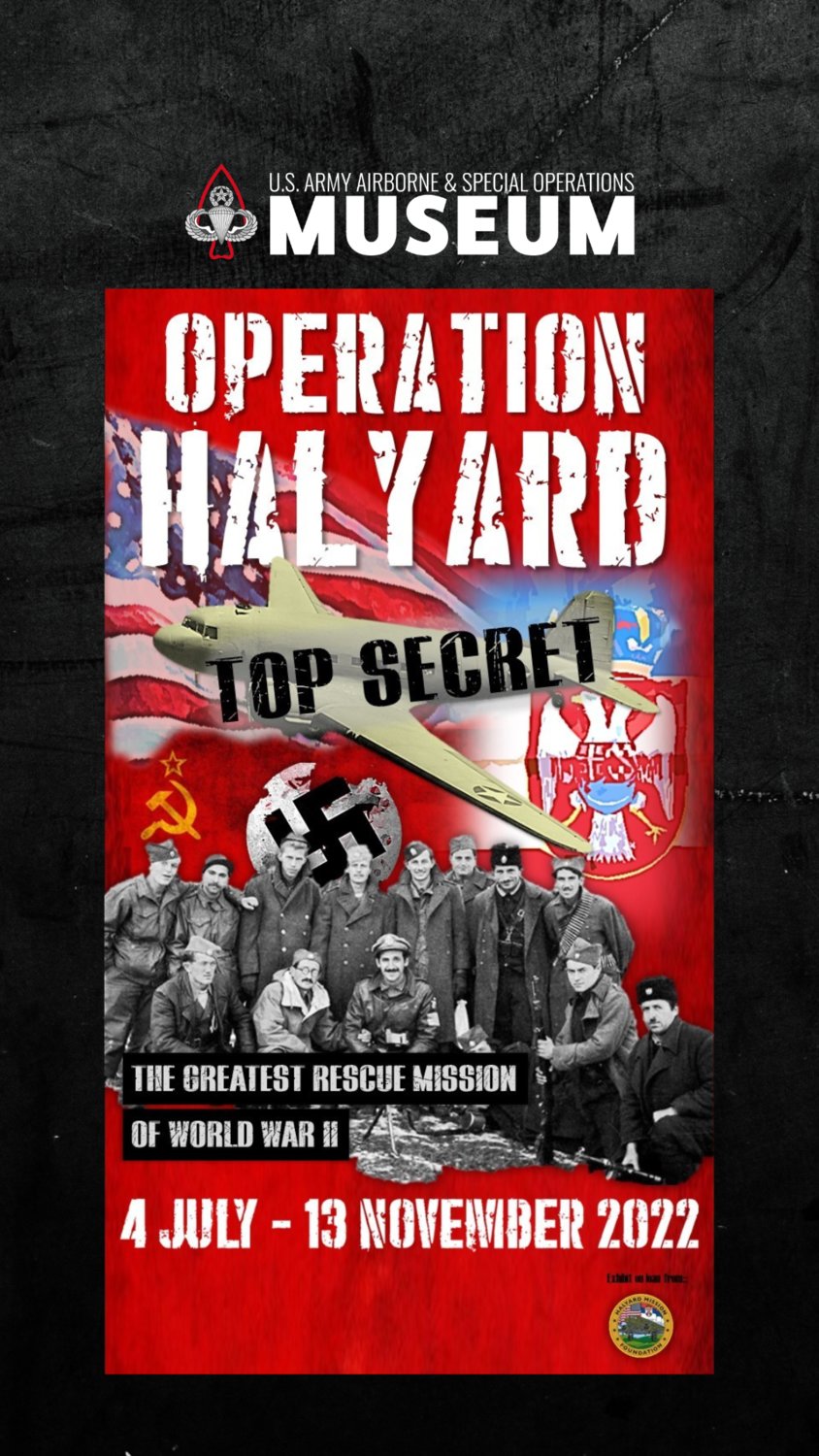 The U.S. Army Airborne & Special Operations Museum is pleased to present Courage and Compassion: The Legacy of the Bielski Brothers. This original, award-winning exhibition showcases the heroic efforts of three brothers who helped save more than 1,200 people while living in the forest during the Second World War.

Operating in Western Belorussia (Belarus) between 1942 and 1944, the Bielski partisan group was one of the most significant Jewish resistance efforts against Nazi Germany during World War II. As portrayed in the popular film Defiance, the three brothers — Tuvia, Asael, and Zus Bielski — took refuge from the Nazis in the forests surrounding Novogrudok, Belarus. In the forest, they formed a community of men, women and children. Through the brothers' leadership, the group survived starvation, harsh winters and the threat of the Nazis and their collaborators.

While its members did fight against the Germans and their collaborators, the Bielski group leaders emphasized providing a safe haven for Jews, particularly women, children and elderly persons who managed to flee into the forests.

For more than two years the brothers commanded their partisan unit in the Belorussian forests. Under the protection of the Bielski group, more than 1,200 Jews survived the war, one of the most successful rescue efforts during the Holocaust.

Their acts of rescue during extremely dangerous times stand as a monument to courage and compassion. The Bielski brothers may be called Upstanders, individuals willing to put their own lives in danger on behalf of others. This exhibition tells their story.

Courage and Compassion: The Legacy of the Bielski Brothers is on loan from The Florida Holocaust Museum and is on display in the ASOM's temporary gallery from July 4 through Nov. 13.

Operation HALYARD was the largest and most successful rescue mission of American aircrews in our nation's history. Learn how between August through December 1944, a three-man OSS team, along with Serbian anti-fascist/anti-communist partisans, known as "Chetniks," and the 1st Air Crew Rescue Unit of the U.S.15th Air Force, airlifted more than 500 U.S. airman out of Serbia.

Operation HALYARD: The Greatest Rescue Mission of World War II is on loan from the Halyard Mission Foundation and is on display from July 4 through Nov. 13.

An Evening with the Arts