Proposed barrier wall would limited at least 99% of contaminated groundwater from Chemours plant from entering the river. But some oppose permit for wall, saying that the remaining 1% is still unacceptable. 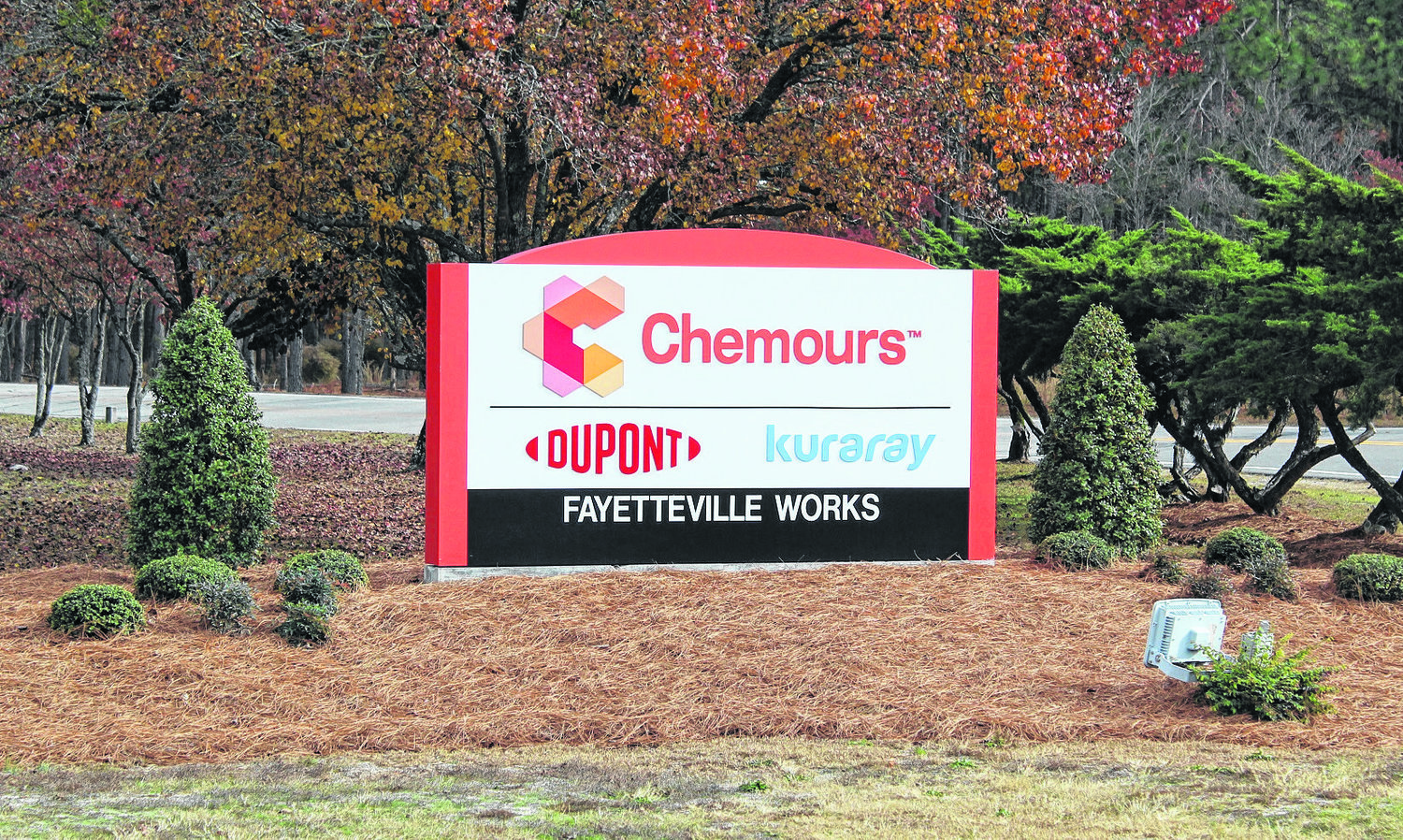 Chemours has applied for a state permit to build an underground barrier wall along the Cape Fear River near its facility in southern Cumberland County to help reduce PFAS groundwater contamination. But some advocacy groups and residents say the permit doesn’t go far enough.
Photo courtesy of the Bladen Journal
Posted Saturday, July 9, 2022 5:18 am
By Ben Sessoms | Carolina Public Press

To help reduce PFAS groundwater contamination, Chemours has applied for a state permit to build an underground 1-mile barrier wall along the Cape Fear River near its facility in southern Cumberland County, but some advocacy groups and residents in the area say the permit doesn’t go far enough.

Chemours, a spinoff of the chemical company DuPont, is the maker of GenX, a trade name for a PFAS, or per- and polyfluoroalkyl substances, used in manufacturing nonstick coatings, among other purposes. It is also produced as a byproduct of certain manufacturing processes, according to the N.C. Department of Health and Human Services.

In 2017, when the Wilmington StarNews reported that GenX had been found in drinking water in the lower Cape Fear River, the N.C. Department of Environmental Quality began to look into regulation of PFAS contamination from Chemours, resulting in a consent order being issued in 2019.

To satisfy a portion of that consent order, which requires elimination of at least 99% of PFAS groundwater contamination, Chemours applied for the permit for the barrier wall, which would intercept the contaminated groundwater and treat it before it enters the Cape Fear River, according to a draft of the permit written by DEQ.

At an online public hearing late last month, residents in the area surrounding the Chemours facility and others who live along the lower Cape Fear River basin voiced their concerns about any PFAS entering the river.

In a joint statement from Cape Fear River Watch and the Southern Environmental Law Center to DEQ, the groups argue that the contamination could be limited at a higher percentage based on current technology.

They cite the Clean Water Act, which requires that regulators set technology-based limits “on the basis of the design and expected operation of the control technologies.”

“We know that technology exists that can do a lot better,” Sargent said. “The Clean Water Act requires that they do that. The Clean Water Act requires that people writing National Pollution Discharge Elimination Services permits analyze for current technology capabilities, and they figure out what those technologies can do. And those are the levels at which they’re supposed to set their limits.”

She said Cape Fear River Watch supports the permit except for the portions that go to only 99% elimination of groundwater contamination.

“They just chose this 99%, we believe, because that’s what’s written into the consent order. However, the consent order has nothing to do with the permit,” Sargent said. “They’re just using the minimum of the consent order and writing it into their permit, and that’s not correct from our perspective.”

In an emailed statement, DEQ said the permit has a provision that allows for the limits to be reevaluated after a year of operation. They said the current system is “designed to be capable of consistently achieving PFAS concentration” below 10,000 parts per trillion.

In an emailed statement from Chemours, the company said it has spent, or is committed to spend, more than $400 million toward on-site emissions control technology.

This has included, the company said, a thermal oxidizer that has reduced air emissions by greater than 99%.

Chemours said it can go beyond the 99% removal of groundwater contamination required in the consent order.

“The system consists of multiple carbon vessels operated in series so that we can monitor for indicator compound removal efficiency during operation and have sufficient ability to exchange the treatment media to maintain greater than 99% removal efficiency,” Chemours said in the statement.

In its emailed statement, DEQ said that once the hearing officer submits the report that includes comments from the public hearing, the division director will decide whether to issue the permit, a process that generally takes 60-90 days.

During the online public hearing, many residents voiced concerns about trusting Chemours to limit contamination to benefit the public, citing actions from its predecessor company DuPont.

These concerns are reflected in Cumberland County’s lawsuit against Chemours and DuPont. The lawsuit alleges that Chemours and its predecessors “secretly pumped millions of pounds of per- and polyfluoroalkyl substances” while telling the U.S. Environmental Protection Agency and state agencies that this alleged contamination was not happening.

“We don’t need to speculate whether … Chemours needs to be regulated to the full extent. We know from their actions that they do because they’ve refused to do anything that is in the public good without being forced to by the law,” Sargent said.

She said DEQ needs to commit to stronger regulation against Chemours.

“That’s the crux of this: They’re the regulator, the only environmental regulator in the state,” Sargent said.

“DEQ wrote this permit, so they’re responsible for what’s in it. And so they are the ones who need to update it to follow federal law and require Chemours to reach nondetect in terms of their discharge. … DEQ needs to step up and make this permit stronger. That’s their job.”

DEQ said public comments concerned with its existing regulation of Chemours will be addressed in the hearing officer’s report.

Chemours said it will continue to fulfill its commitment to reduce PFAS emissions by 99%.

“We know of no other company in North Carolina that has made a similar commitment,” the company said.

Sargent said this advisory shows that the permit for the barrier wall needs to reach that level as well.

“This permit should go to nondetect because the EPA has just told us that below nondetect for PFOA is dangerous, and we know that PFOS is in this water, and that’s just one of them,” she said. “If PFOA alone should be regulated at .004, they all need to be regulated at nondetect.”

DEQ said the permit regulates surface water, which has a different set of standards from the drinking water advisory. The agency said the health goals of the advisory are not standards in and of themselves and are not legally enforceable.

In a DEQ report published in early June, the agency said it plans to create its own state standards for PFAS chemicals in groundwater such as GenX, PFOS and PFOA, among others, The News & Observer reported.

Chemours has previously said PFOA is no longer manufactured at its facility, having shifted to the PFAS manufactured under the GenX platform.

Both PFOA and PFOS, however, are long-lasting chemicals that are still found in water supplies, even after they’ve been phased out.

As for GenX, Chemours claims on its website that if incidental exposure were to occur, “it’s rapidly eliminated from the body.”