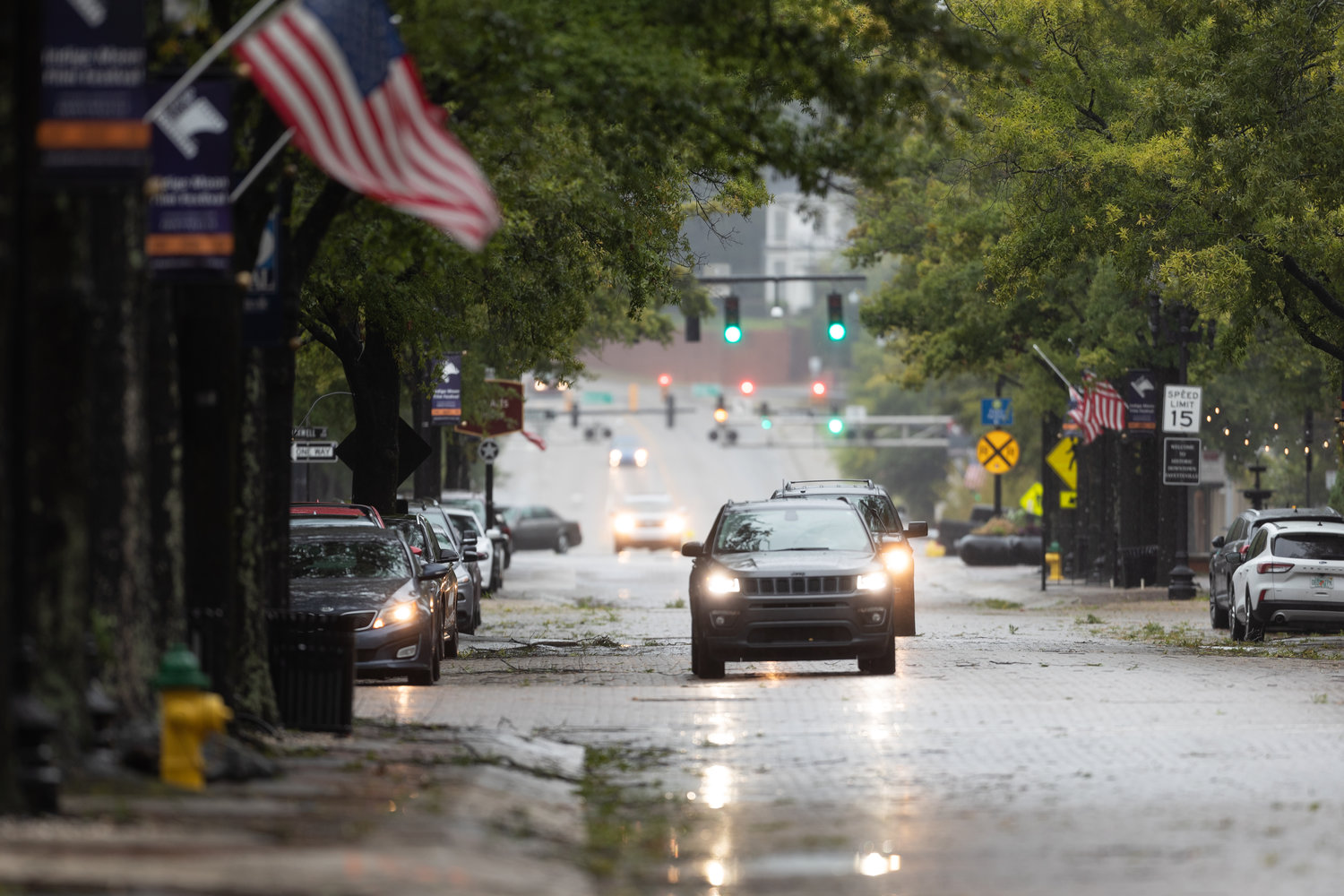 The remnants of Hurricane Ian caused fallen trees and power outages, but no injuries were reported in Cumberland County, emergency officials said.

As of 11 p.m. Saturday, power had been restored to all but two customers in Fayetteville and Cumberland, according to utility officials and outage maps. At one point, outages numbered in the thousands as the storm brought strong winds and rain through the area on Friday.

The Fayetteville Public Works Commission reported that all services had been restored by noon Saturday.

"Locations this morning were mostly individual homes where their service line was damaged," the local utility said in a news release.

At its height, PWC's highest number of outages at any one time was 475, PWC reported, and the largest area impacted about 200 customers between Murchison and Rosehill roads.

Statewide, more than 36,000 outages were reported as of 11 p.m. Saturday. Crews worked throughout the day to repair damage caused by the storm, according to the readync.gov website.

Cumberland County officials on Saturday were assessing the impact of the storm and providing information for residents who experienced damage or need assistance, the county said in a release.

Parts of Cumberland County saw 2 inches of rain from the storm while other areas recorded as much as 4.5 inches, according to the National Weather Service.

Aaron Swiggett, a meteorologist with the National Weather Service in Raleigh, said wind gusts were reported as high as 56 mph near Fort Bragg and in Fayetteville.

After moving out of Florida earlier in the week, the deadly hurricane made landfall Friday afternoon near Georgetown, South Carolina. The storm has been called “one of the strongest and costliest hurricanes to ever hit the U.S.” as it continued to advance northward in the Carolinas and into Virginia.

“Five to six days out, the system was going to stay on land most of the time and remain fairly weak,” Swiggett said. “Six days out, it was expected to be mostly a rain event. But since it curved out over the Atlantic, it was able to strengthen into a hurricane, it was able to keep its intensity as it went over us.

“The wind speeds,” he said, “at least for preparing five or six days out, were a little higher than what had been anticipated. Seemed that two to three days out it was kind of what we were expecting and what we were messaging to the public.”