Each flag at the Field of Honor tells a story 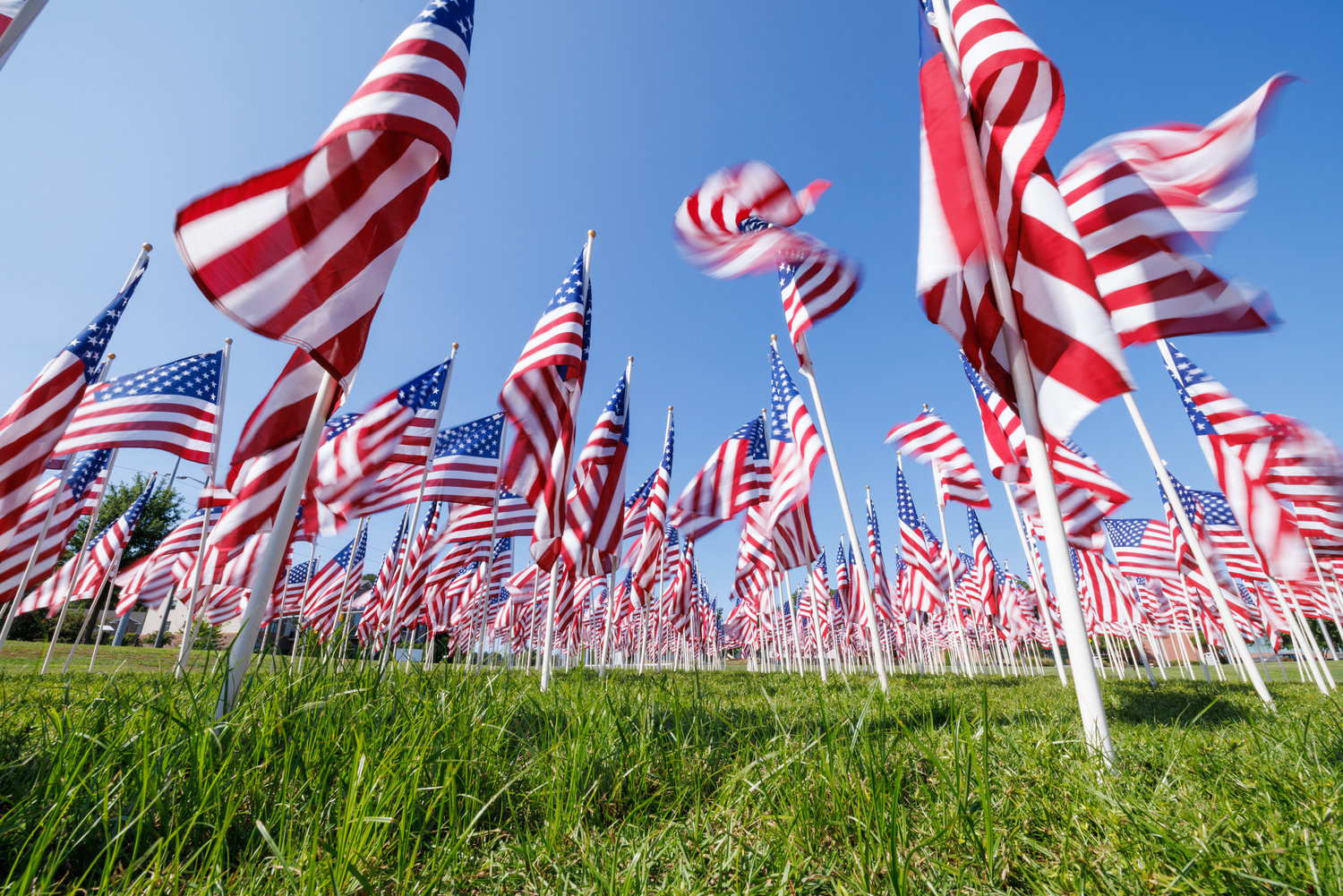 Among the flags on display at the Field of Honor is one in memory of retired Army Staff Sgt. Harold Weyhenmeyer. Jackie Weyhenmeyer says she has tried to honor her late husband with a flag every year since he died in 2009 at age 64.
Anthony Wooten 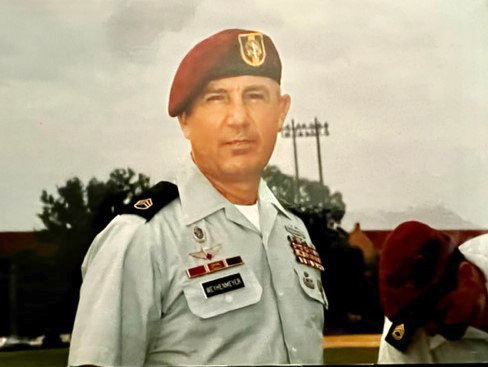 I recently spent some time walking around the Parade Grounds at the Airborne & Special Operations Museum. I wanted to see the 2022 Field of Honor, now in its 15th year.
Pulling up to the museum grounds and seeing the flags neatly aligned is as awe-inspiring today as it was the first year I saw them. This patriotic display honors those who have served, those who are still serving and those who made the ultimate sacrifice.
There are 545 flags dedicated for this year’s Field of Honor, including 15 that are placed around Iron Mike, according to Renee Lane, executive director of the Airborne & Special Operations Museum Foundation.
Those who are honored are from different branches of service, including the Army, Air Force, Navy, Marine Corps, National Guard and Coast Guard. There are privates and colonels and numerous ranks in between.
Among the flags on display is one in memory of retired Army Staff Sgt. Harold Weyhenmeyer. Jackie Weyhenmeyer says she has tried to honor her late husband with a flag every year since he died in 2009 at age 64.
“I have managed to do it just about every single year since then,’’ she says.
Weyhenmeyer — a native of Cleveland, Ohio — served two combat tours in Vietnam. He got out of the Army in 1972 and decided to pursue a career as a police officer. He applied with several departments and the Fayetteville Police Department was the first to respond, Jackie says.
At the time, Jackie worked as the secretary for the city detectives. A fingerprint technician set Jackie and Harold up on a blind date. It was to the policeman’s ball in November 1974. In August of 1975. the two were married, she says.
But Weyhenmeyer’s time in the military wasn’t over. In 1979, a friend persuaded him to get back into the Army and finish his career. He retired in 1994, Jackie says. After that, he worked as a security guard at Fort Bragg.
During his military career, he spent time with the 82nd Airborne Division, served as a Ranger in Vietnam, worked as an instructor at the Ground Branch of the Airborne School at Fort Benning, Georgia, and was assigned to a military police company, Jackie says.
Jackie, a Fayetteville native, says her late husband had a big heart and knew no strangers.
“He would meet you, and it was like he had known you forever,’’ she says.
One flag, one story. There are 544 more on display this year in front of the Airborne & Special Operations Museum.
“I think he’d be very proud that he’s being remembered like that,’’ Jackie says.
Let us all never forget.