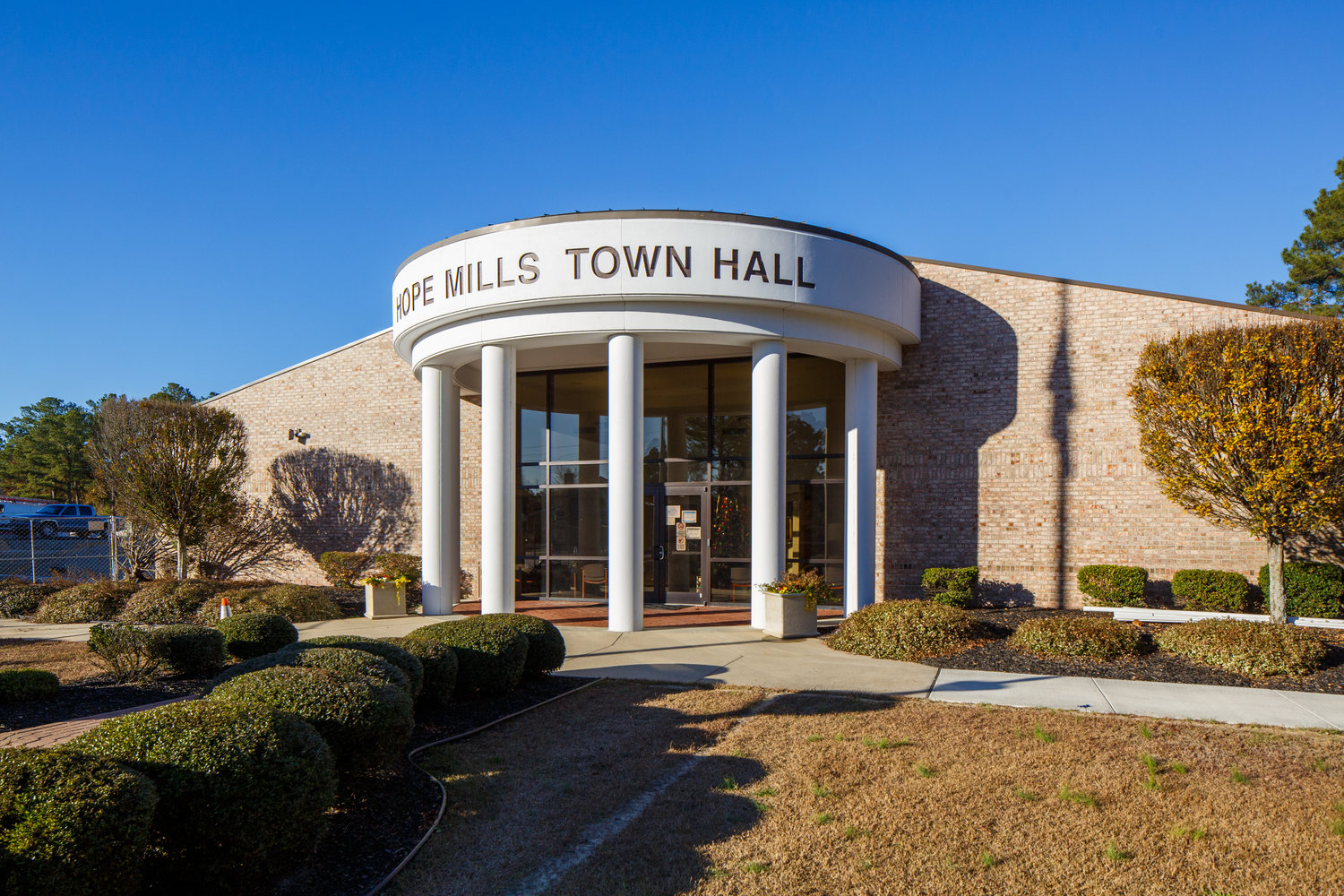 The Hope Mills Police Department has moved into the new Public Safety building, and the Fire Department should follow next week, the town Board of Commissioners was told Monday night.
Posted Tuesday, December 6, 2022 12:21 am
By Jason Canady

HOPE MILLS — The Hope Mills Police Department has moved into the new Public Safety building, and the Fire Department should follow next week, the town Board of Commissioners was told Monday night.

Project architect Scott Garner told the board the project was 88% complete, was on budget and was on target for the overall completion date of March 2023.

The board plans to hold a dedication and ribbon cutting the first Friday of March though it has not finalized a date.

Garner also presented the 11th change order for the project, which totaled $47,345. However, according to Garner’s report, just over $9,000 was for dedication plaques to honor and list all of those responsible for the project.

Before the board voted, Commissioner Joanne Scarola raised concerns about the necessity of the plaque.

“I understand what it’s for, but almost $10,000 is a lot of money,” Scarola said, asking if that money could have been spent elsewhere or put to better use.

Garner told Scarola and the board it was customary to honor those who had a hand in bringing the building to fruition. Since the initial planning, the list of people who have helped has grown, thus enlarging the honorary plaque, according to a memo to the board from Garner.

The board passed the change order unanimously. Commissioner Jerry Legge was absent due to an illness.

Garner also told the board the Police Department has moved out of the old building and into the new Public Safety building.

“It seems to be working very well for them,” Garner said.

“Next week the Fire Department should move in. That will leave the demolition of the old Fire Station,” Garner said.

Drew Holland, the town’s finance director, joined Garner during the presentation and told the board that the police moving into the building was a big deal.

“This is a huge accomplishment five years in the making,” Holland said.

“I believe it was March 2017 when we approved the concept of this project. This is something to celebrate and a big thing for Hope Mills and this whole area,” Holland said.

The board also heard an audit presentation from Brandy Turbeville, a CPA with Thompson, Price, Scott Garner & Co. P.A. Tuberville told the board “they found no misstatements.”

“There were no findings or issues,” Tuberville said.

The town’s financial records and standards were consistent with a town its size.

During the public hearing portion of the meeting, the board voted 3-1 to approve a rezoning case. Commissioners Bryan Marley, Grilley Mitchell and Kenjuana McCray voted for the rezoning while Scarola voted in opposition.

The rezoning would change a single-family residential to a planned local business conditional zoning at 3414 Bullard St. The rezoning case was submitted by the land's owner, Kevin Grant. Grant plans to build a 2,400-square-foot community event center and food truck park.

The entrance and exit to the site will be provided via Bullard Street with the site served by PWC water and sewer. According to a memo from Chancer F. McLaughlin, the development services director, the center will “serve as a facility to provide a community-oriented environment for nonprofit children’s groups, groups tied to special needs, as well as senior citizens. Tied to the Kwirkz nonprofit organization, the programs will be rooted in serving the special needs community in three distinct areas: transportation, housing and employment.”

There are also plans for a community garden and farmer’s market.

When asked why she voted against the rezoning, Scarola told CityView, “It wasn’t against the nonprofit. You have to see the overall site plans.”

There are other plans happening across the street, including a Cookout and a gas station Scarola said. She said she felt the area would be too congested and that Grant’s plans would be “too much.”

A couple of residents from the neighborhood voiced their concerns about the already congested traffic on Golfview Road and what would happen when 300 apartments are added to the area. Residents also asked that the board put in writing the need for a natural separation wall. The board voted to table the zoning project until clarification and details of a natural barrier could be established and reported to the board.

Also during the public hearings, the board approved a text amendment tied to a recent moratorium that instituted a townwide halt on specific uses that negatively impact the character, use, and overall harmony of existing and future development areas.

Jason Canady covers Hope Mills for CityViewTODAY. He can be reached at jcanady@cityviewnc.com. Have a news tip? Email news@CityViewTODAY.com.