Dr. Sheila Cannon seeks to train SANE nurses at Fayetteville State University to serve in Cumberland County and nearby rural areas. She hopes for additional funding to sustain the program. 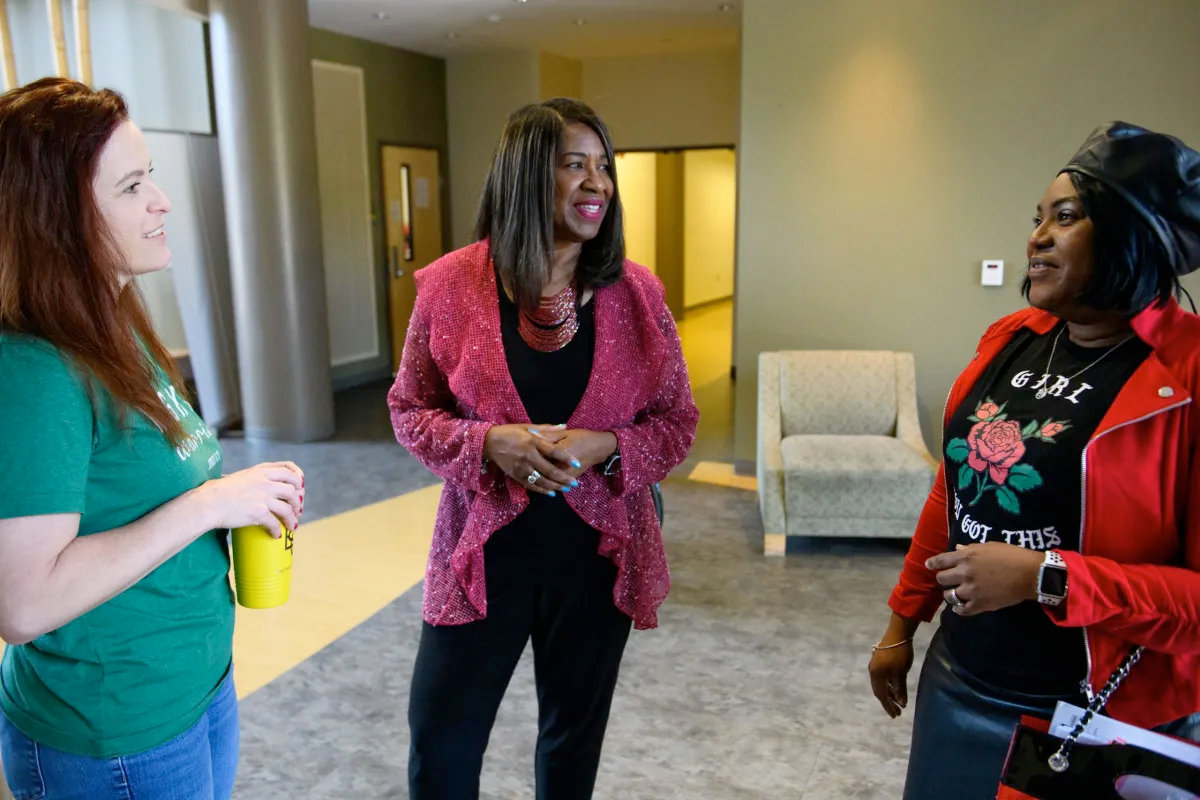 By the end of summer, a handful of nursing students at Fayetteville State University will have started taking courses on how to care for sexual assault survivors.

It’s a small start but one Sheila Cannon has worked toward for more than two years. The funding comes from the state legislature, which allocated $125,000 for a pilot training program in Cumberland County late last year.

Cannon said she expects to train 10 students starting this summer, but she hopes the program can grow from meager beginnings into a program that continues to train sexual assault nurse examiners, or SANE nurses, year after year.

Cannon has been a registered nurse for 35 years and has practiced as a clinical psychopharmacologist/psychotherapist.

“I have done trauma-focused therapy in the past,” she said. “I’ve dealt with sexual assault victims … on the back end of their trauma, but never did I imagine what they would go through in an emergency room setting where the wait was well over two hours.”

She said sometimes victims weren’t treated with empathy or were ignored for hours as they wrestled with what happened to them while they waited for care. Some are retraumatized “from the lack of compassion,” Cannon said.

In addition to collecting forensic evidence, SANE nurses are also taught how to interact with victims as they process what happened to them, which includes training to address cultural sensitivity around LGBTQ, Black or Indigenous victims.

While 18% of white women will face a sexual assault in their lifetimes, nearly 19% of black women and more than 1-in-3 indigenous women will also face sexual assault, according to the National Alliance to End Sexual Violence.

At the same time, there are very few SANE nurses of color, Cannon said.

People of color are “not likely at all” to see someone who resembles them when they seek a SANE nurse, Cannon said. “Because we are so culturally diverse here at FSU, we can certainly generate more people of color who are SANE-trained and can grow that interest in that way.”

The historically Black university may be the first such school in the country to host a SANE training program within its halls. Cannon said she has grand plans to sustain the program over multiple years — if she can get more funding.

Need for the program

In the past, the UNC Medical Center received a three-year, $1.5 million federal grant to train SANE nurses from around the state. The UNC grant trained dozens of SANE nurses but came to an end last year.

Cannon said she initially applied for that same multiyear grant, but FSU was turned down.

She had it all planned out. In the first year, FSU would train SANE nurses who planned to continue working in the state, particularly in rural areas “in close proximity to Cumberland County.” In the second year, Cannon said, she wanted to impanel an advisory board and build a “community support model of care,” which involves varying agencies working together.

By the third year and with continued funding, SANE nurses would be mentoring each other, and FSU would be a state hub for SANE training. Nurses need periodic refresher training to maintain their certifications.

About 580 students attend FSU for a variety of nursing-related programs, including pre-nursing, pre-licensure or a master’s program, Cannon said. When she surveyed them a couple of years ago, 80% said they were interested in SANE training.

There is also a “great need” for nurses certified to assess injuries to children, called pediatric SANE nurses. Fewer than 50 are listed on the International Association of Forensic Nurses website as living in North Carolina, which does not disclose a member’s place of employment.

Through the grapevine, Rape Crisis Volunteers of Cumberland County heard of Cannon’s interest in starting a training program. They met recently, with Cannon pitching her program to Executive Director Deanne Gerdes and several lawmakers, Gerdes recalled.

“It was interesting,” Gerdes said of the meeting. “We thought we were going to convince FSU to help us. But FSU was there to convince us to help them.”

Though the pilot money may soon run out, Cannon said she hopes to get more to grow the program.

A Carolina Public Press investigation published last year surveyed 130 hospitals and community programs statewide. The responses showed that few SANE nurses work in rural areas. Rape victims sometimes have to travel to multiple hospitals across many days to find someone with SANE credentials. Since the investigation was published, President Joe Biden also signed a law that includes $30 million per year to pay for SANE nurse training and retention in rural areas.